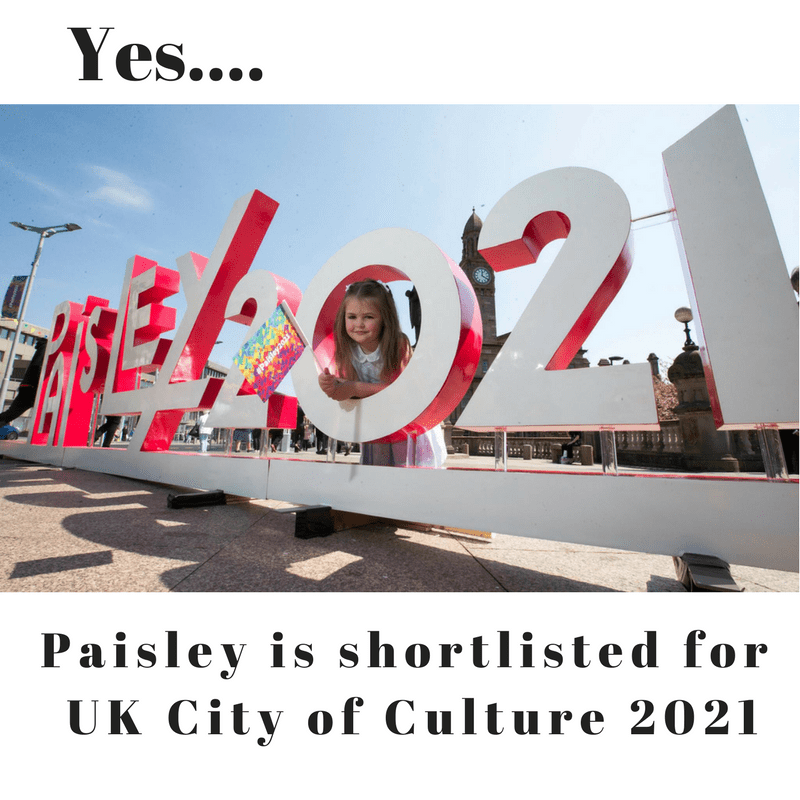 Paisley has been shortlisted as the sole Scottish contender vying to become the UK City of Culture in 2021.

The Renfrewshire town is up against Coventry, Stoke, Sunderland and Swansea for the title, credited with attracting major investment to former winners.

The UK government’s department for digital, culture, media and sport will announce the winner at the end of the year. The Paisley2021 staff will now submit a second-stage bid for September, with the winner announced at the end of the year

Glasgow News? Daily Updates part of our network
Harness Paisley’s Re-Generation and Make Some Changes of Your Own

‘Thank you’ to town as Paisley sole Scottish bidder on UK City of Culture...
Scroll to top
Go to mobile version