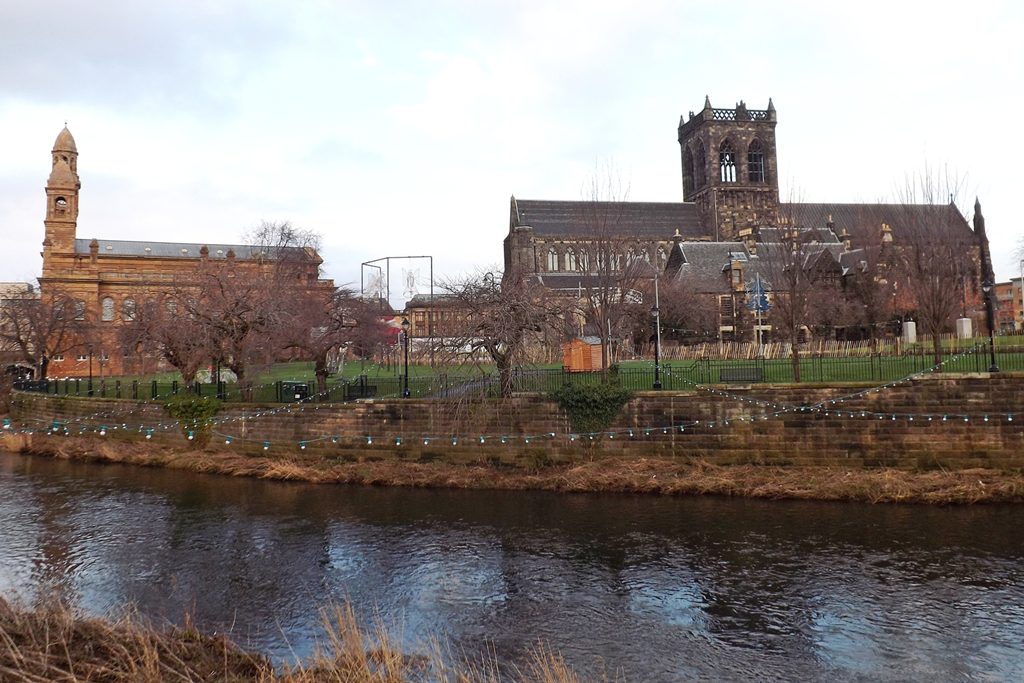 Paisley’s bid to become the UK’s City of Culture 2021 may be one of the most well-known latest announcements from the city, but it’s not the only exciting development. As the UK battles against Brexit-related worries and concerns that investment will suffer during the ongoing political discord, it seems there’s a lot to be positive about in Paisley.

Even before the City of Culture bid, the city was investing in its own heritage and regenerating that as part of its program promoting Paisley as a great place to explore, work and invest in. And, when your local economy is doing well, jobs are created and your personal finances should benefit, too. Paisley’s waterfront also forms part of recent plans for a huge infrastructure investment, that have been submitted for inspection. If the plans go ahead, then residential, commercial and leisure infrastructure developments will enhance the region, with Paisley among the beneficiaries.

A stronger infrastructure and local economy would mean more choice of where to live and more importantly, a likely influx of new employment opportunities. That’s something the citizens of Paisley are sure to welcome, as it could provide work for those who are looking for it and the opportunity to spend money locally for those who want to enjoy their own city.

Indeed, the latest bout of local optimism comes as Scotland as a whole posted better-than-expected economic growth of 0.8% in the first three months of 2017. Following a contraction in the economy in the final months of 2016, this welcome news was commented on by Renfrewshire Chamber of Commerce.

“This represents the best quarter of growth for the Scottish economy since before the effects of low oil prices began to emerge in 2015 and sparks hope for the future after a stagnant two years of anaemic economic performance,” said Liz Cameron, Chief Executive of Scottish Chambers of Commerce.

Make Your Own Improvements

When the localised economy is improving with regeneration and investment aplenty, it can encourage those who live in Paisley to take a look at their own homes and situation. If your fortunes have changed for the better in the improving economic situation of the city, then why not make use of those brighter fortunes and invest in your own home or family.

Financial industry experts MoneyBanker explain that interest rates are at low levels right now, for mortgages right through to personal loans. If you’re in a more secure job thanks to the increased investment in Paisley, you could be in the perfect position to take advantage of those low rates. In fact, taking on a new debt or pulling a number of smaller, but more expensive debts, into one loan at a lower interest rate, makes financial sense. It should also help you join in the optimism that’s currently spreading across Paisley.

So, why not take a good look at your finances and work out how you could benefit from the current lower credit interest rates that are on offer? After all, it would be great to support the City of Paisley with your own investment contribution.

Glasgow News? Daily Updates part of our network
5 clever tricks which you can use to complete your math assignments in the shortest...