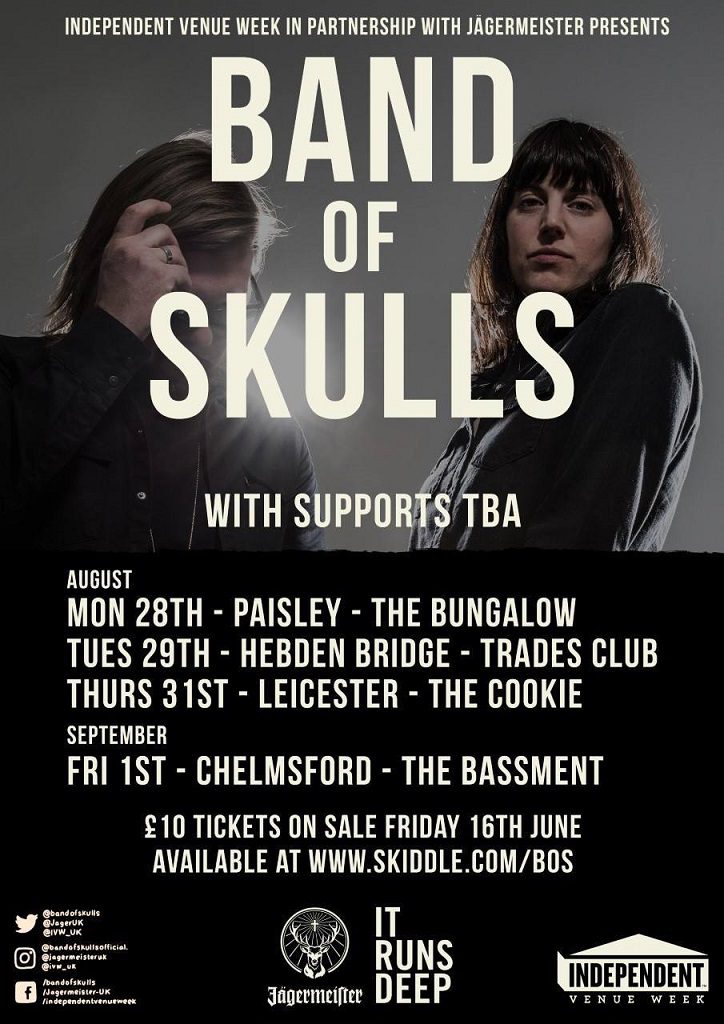 Independent Paisley based music venue ‘The Bungalow’ has proudly announced that the venue will play host to Alternative Indie-Rock outfit Band of Skulls. Teaming up with the Independent Venue Week organisation and Jagermeister, Band of Skulls will be live in The Bungalow on Monday 28th August for the bank holiday weekend.

Band of Skulls formed in Southampton in 2004 and have since released 2 studio albums which also saw their tracks being featured on Guitar Hero: Warriors of Rock and on The Twilight Saga: New Moon Soundtrack. After selling our London’s Electric Ballroom, the three piece took to touring in the USA and Canada and then went on to open shows for Muse and feature on programmes with Jools Holland.

Emma Mackenzie from The Bungalow said “we are delighted to be working with the independent Venue Week organisation once again following a very successful Independent Venue Week for The Bungalow in January earlier this year. We would also like to thank Band of Skulls and Jagermeister for their support of grassroots, independent and fair play venues and we are looking forward to having them perform on our stage”.

Local bands can also get involved with their chance to support the band – all details are available on the Independent Venue Week and The Bungalow Facebook pages.

Tickets are only £10.00 from Skiddle.com, with only a handful remaining we! Get your hands on them as soon as possible.