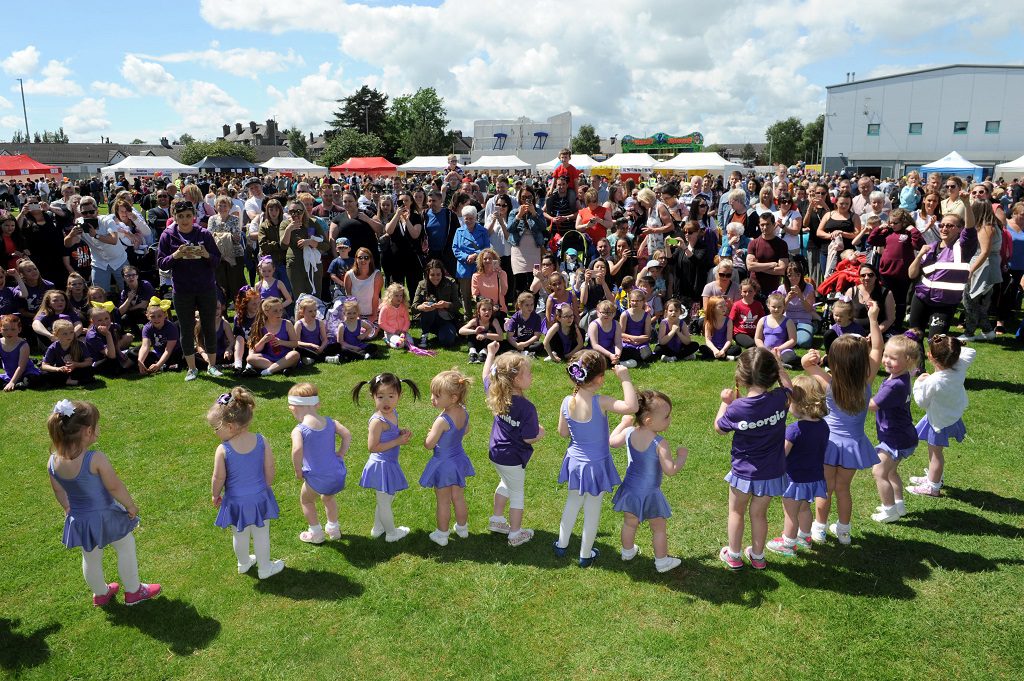 Around 3000 kids, parents, families and friends took advantage of an afternoon of free activities as Renfrew Gala Day took place at the weekend.

The day kicked off with an underwater themed parade which began at Robertson Park and featured local community groups, families and children as they marched to Renfrew Leisure Centre.

Pulse FM once again provided the entertainment at the event which featured a fantastic array of activities including craft stalls, a petting zoo, face painting, inflatables and a funfair.

There was also the chance to visit an extraordinary light installation inside the Caravan Obscura as well as try on the upside down boxes based on an experiment by scientist, Ivo Kohler, who wore upside down goggles for four weeks.

There was also the opportunity for those in attendance to try out a new hobby as Renfrew Football Club, Paisley Rugby Club and the Jazzle Dazzle cheerleaders gave everyone a taste of their sport.

Renfrewshire’s Provost Lorraine Cameron said: “It’s fantastic to see the community in Renfrew supporting the gala day which contributed to a brilliant atmosphere on the day.

“The entertainment on offer for families is superb and our gala days are always one of the highlights of the summer in each town.

“I hope everyone enjoyed the day as much as I did and I hope to see you all at our other events which are still to come across the summer.”

The Gala Day preceded a viewing of Renfrew on Film 3- a show featuring local ‘lost’ archive footage to the soundtrack of the Renfrew Burgh Band.

The event takes place on Thursday 15 June from 7-9pm at Renfrew Town Hall, and is supported by Renfrew Leisure, Renfrew Museum Group and Renfrew Burgh Band.

Tickets are free and available in person at Renfrew Town Hall or through Event Brite- https://www.eventbrite.co.uk/e/renfrew-on-film-3-tickets-34320270854?aff=eac2

For more information on events held in Renfrewshire visit: www.renfrewshire.gov.uk/events or www.paisley2021.co.uk/events.

Glasgow News? Daily Updates part of our network
NASA astronaut launches out of this world space school in Renfrewshire