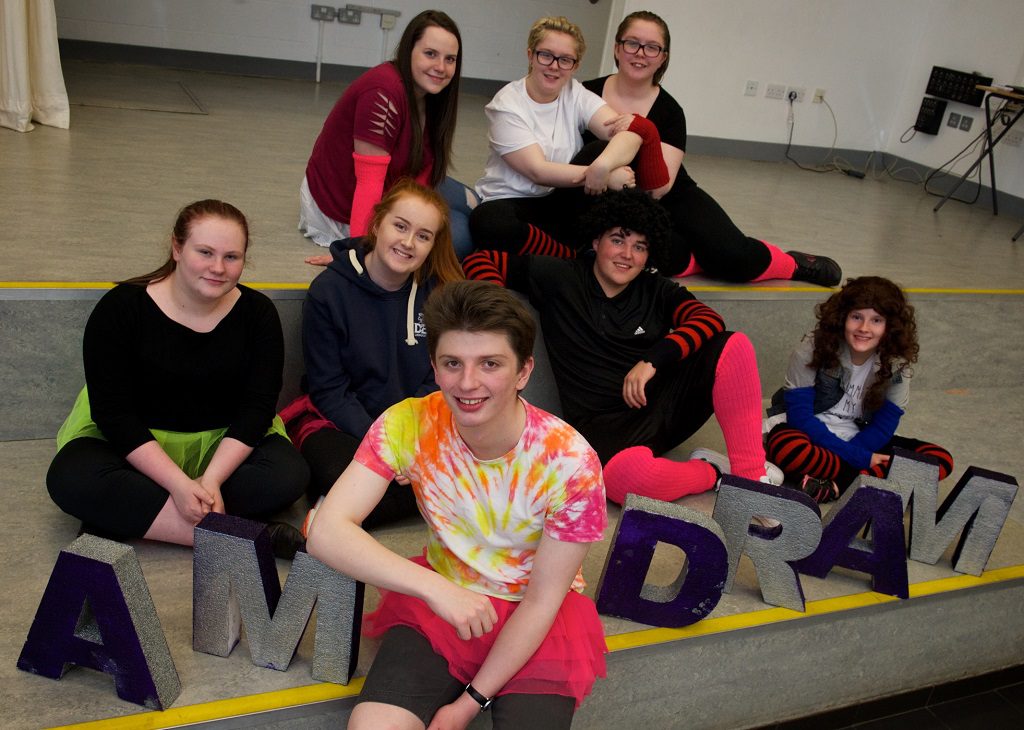 Young people from Linwood have made their voices heard on the power of culture to boost mental health with a magnificent showcase of film and performance.

Focusing on how drama and culture can increase confidence, self-esteem and self-belief, the show – How Amdram changed our lives, held in Paisley Town Hall – let young people share their own experiences in four films and a specially written play.

members of Linwood Youth Voice, LADDS and CLASS Acts at the dress rehearsal on Tuesday 23 May 2017

Nathan McCuaig, aged 17 and chair of Linwood Youth Voice, said: “Drama is a fantastic way to boost your confidence and come out of your shell as a young person. It is important that every young person has the opportunity to get involved in drama and creative expression in their local community. It has helped us create our own voice here in Linwood and it has inspired many of us to look at getting involved in creative industries as a career.

“Performing in front of our friends and family has been nerve-wracking, but it was great to show them what we have achieved in the last few years and that their support is helping us to achieve our creative goals now and also in the future.”

Member of Linwood Youth Voice, Emma Boyle, aged 16, said: “Everything in the event was made by young people and our passion for drama is about bringing it to more young people in the area. In Linwood, we have two amazing drama groups – CLASS Acts and LADDS – and it has been a brilliant experience to work together and tell our story to the world and that being involved in dance, drama and performance has changed our lives.”

Leader at CLASS Acts, Kirsten Walker, aged 16, said: “Being involved in CLASS Acts as a leader is an amazing opportunity. The drama groups started in Linwood for young people in the area and I’ve seen first-hand how it can help young people feel confident and build a community where everyone feels welcome. Through drama, we have learnt to project our voices and work together.”

Members of Linwood Youth Voice are on a mission to prove that cultural activities should be accessible in all communities and that it doesn’t need to be expensive.

Casia Wilson, aged 16, said: “We made everything for the show ourselves. We’ve been painting and using materials donated to us and we’ve been given space in Linwood High School to organise the evening. The support from Paisley 2021,  Renfrewshire Council’s youth services team, and Linwood High School helped us to make it all possible.”

Nathan added: “What we have built up in Linwood, through the support of youth services and Renfrewshire’s Culture, Heritage and Events fund is a movement around drama. Young people have come together through their shared interest in drama and have shown the community what it can do for us.”

The project received funding from Renfrewshire’s Culture Heritage and Events Fund, designed to boost the area’s creative capacity as part of Paisley’s bid to be UK City of Culture 2021.

Jean Cameron, Paisley 2021 Bid Director, said: “We know culture has the power to make people’s lives better and it is fantastic that Linwood Youth Voice have shown what it can do for young people.”