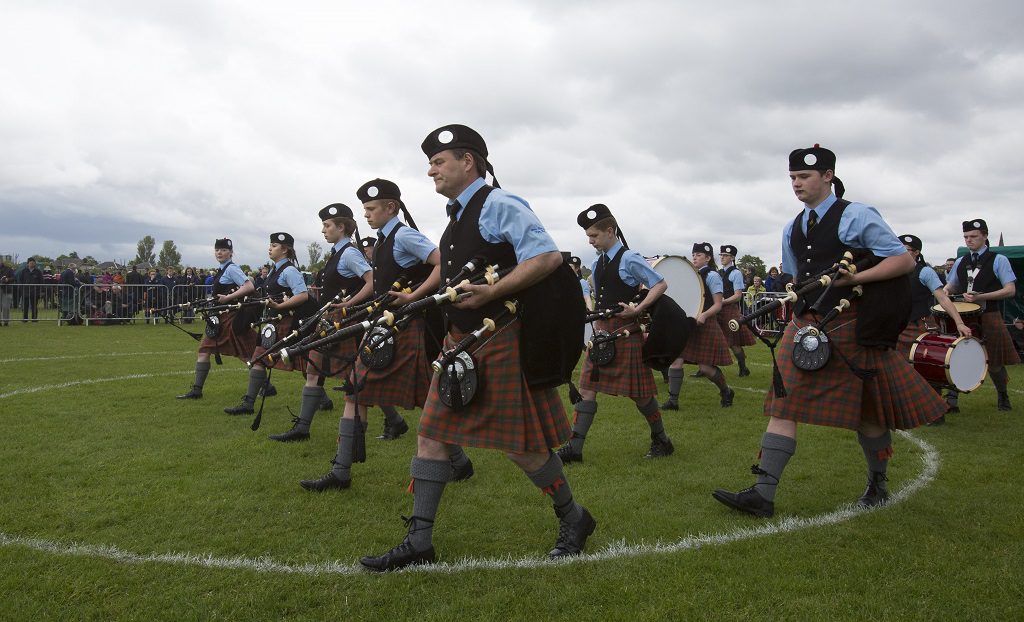 Around 4,000 of the world’s top pipers and drummers descended on Paisley today to contest some of bagpiping’s most prestigious titles during the British Pipe Band Championships.

More than 140 bands from as far afield as Canada, Denmark and Ireland formed an incredible spectacle of sight and sound in town’s St James Playing Fields.

A crowd of thousands gathered to see bands compete across various grades, watched by judges from the Royal Scottish Pipe Band Association.

The championships are the first in piping’s annual calendar of ‘majors’ and were taking place as part of the push towards Paisley’s bid to be UK City of Culture 2021.

This was the second of a three-year run in Paisley for the event.

There was also a bar and outdoor food village boasting quality cuisine from across Scotland.

The final marchpast was watched over by event chieftain Corinne Hutton – founder of the Finding Your feet charity, and the first quadruple amputee to climb Ben Nevis.

She was joined for the prize-giving by Renfrewshire’s Provost Lorraine Cameron, in one of her first official engagements since being voted into her new role this week.

Provost Cameron said: “I was delighted to be part of this event, which saw the people of Paisley give a warm welcome to our thousands of visitors.

“Today’s success shows the town’s ability to host big crowds and events of national importance – which bodes well for the UK City of Culture 2021 bid.”

Ian Embelton of the RSPBA added: “Once again, Paisley made a great host for the first major championships of the season.

“We were pleased with the turnout from bands and spectators, who enjoyed some first-class piping throughout the day.”

For a full list of winners from today, see www.rspba.org. For more information on Paisley’s UK City of Culture 2021 bid, see www.paisley2021.co.uk