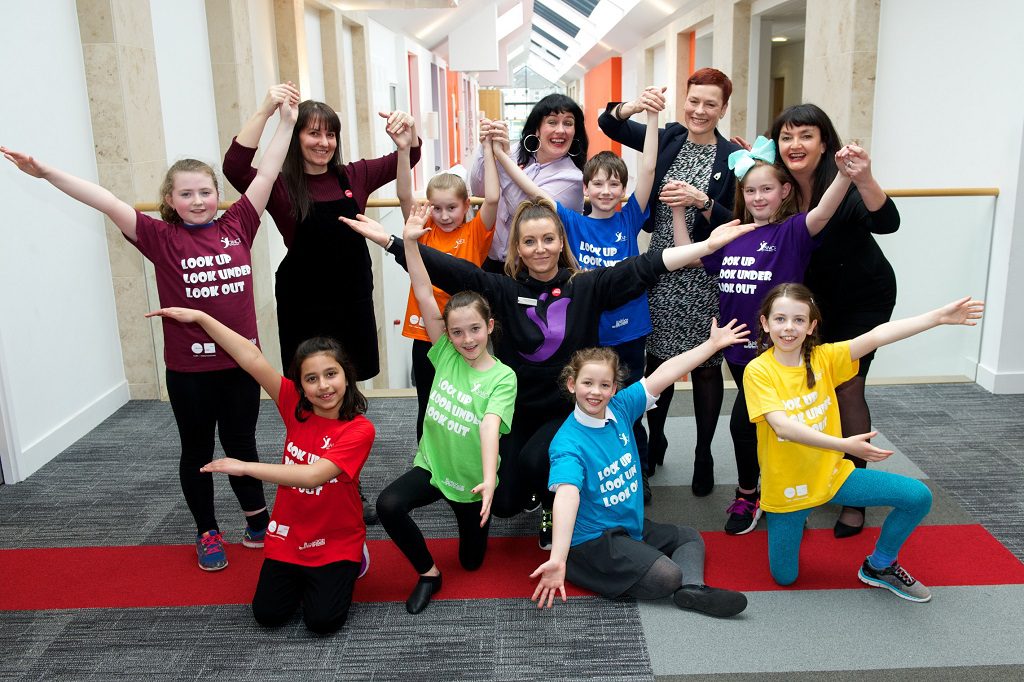 The Chief Executive of Creative Scotland, Janet Archer, visited Paisley to see how the town’s bid to be UK City of Culture 2021 is developing.

Ms Archer was in Renfrewshire to see the final showcase of a school project run by national youth dance organisation YDance and to meet Paisley2021 Bid Director Jean Cameron.

The Look Up, Look Under Look Out project saw YDance staff aim to inspire Renfrewshire pupils by working with eight primary schools to produce a dance piece based around a piece of the area’s architecture or history.

The project is one of 46 funded to date by Renfrewshire’s Culture, Heritage and Events Fund, which aims to build cultural capacity and unlock the potential of the area’s creative scene ahead of the Paisley 2021 bid.

Paisley’s bid to be UK City of Culture aims to use the area’s outstanding cultural and heritage story to transform its future and will be lodged with the UK Government’s Department for Culture, Media and Sport at the end of April.

Janet – formerly the Director of Dance for Arts Council England – joined a capacity crowd at Johnstone Town Hall to see the end-of-project showcase.

She was joined by Paisley 2021 Bid Director Jean Cameron – who also has a background in dance – and by Aileen Palombo of Renfrewshire-based Right2Dance, who delivered workshops to the pupils as part of the project.

Janet Archer, Chief Executive at Creative Scotland said, “It was a pleasure to join YDance staff and Renfrewshire pupils for the finale of their Look Up, Look Under Look Out project and to learn more about Paisley’s UK City of Culture bid.

“Paisley is a place with great creative potential and the support YDance has received for their project through Renfrewshire’s Culture, Heritage and Events Fund, has given 250 children a brilliant opportunity to explore the history and architectural wonders in their communities through dance.”

Jean added: “We were delighted to welcome Janet to Renfrewshire and we hope to build on that positive relationship in the future.

“It was also great to have a national organisation of the calibre of YDance working here in recent weeks to inspire our pupils and show them what is possible.

“Renfrewshire already has a thriving local dance scene, with a participation rate well above the national average.

“We were also delighted Right2Dance were able to be part of this project as they are one of many great groups we are proud to have here.

“Any pupils who enjoyed their experience of this project will have no shortage of options where they could continue their dance education in Renfrewshire.”

You can read more on Paisley’s bid at www.paisley2021.co.uk

Cancer charity gets a run for its money
Scroll to top