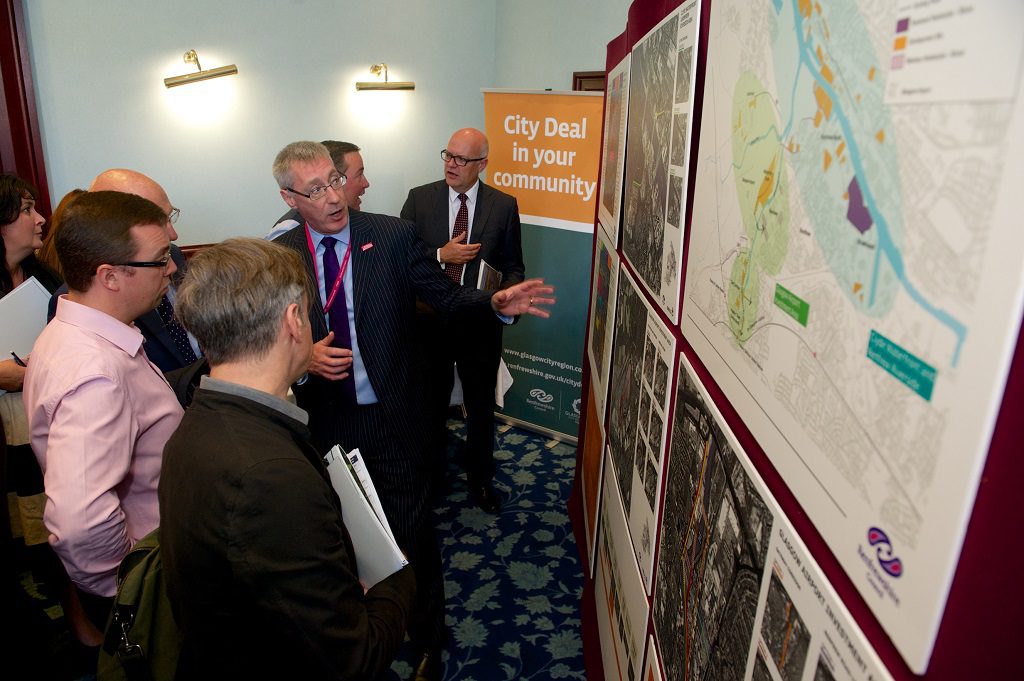 Proposal of planning notices for works including new bridges across the Clyde and White Cart were submitted on Friday 17 March, starting the statutory planning procedures.

It begins a period of consultation, during which events will be held to get stakeholders’ views before the plans are finalised.  A full planning application will then be submitted later this year.

These events will include four days of public exhibitions at which people will be able to discuss the plans with members of the project team.

The project team will then cross the river to take part in exhibitions in Clydebank Town Hall on Wednesday 10 May and finally Yoker Community Campus on Thursday 11 May. All four exhibitions will run from 11am to 7pm.

Views gathered from the events will be used to inform a full planning application to be made in June.

The proposal of planning notice related to the ‘Clyde Waterfront and Renfrew Riverside’ project was submitted to Renfrewshire Council, Glasgow City Council and West Dunbartonshire Council as the works involve areas within each of the three authorities.

Works related to the ‘Glasgow Airport Investment Area’ project will be entirely within Renfrewshire so the proposal of planning notice was submitted only to that authority.