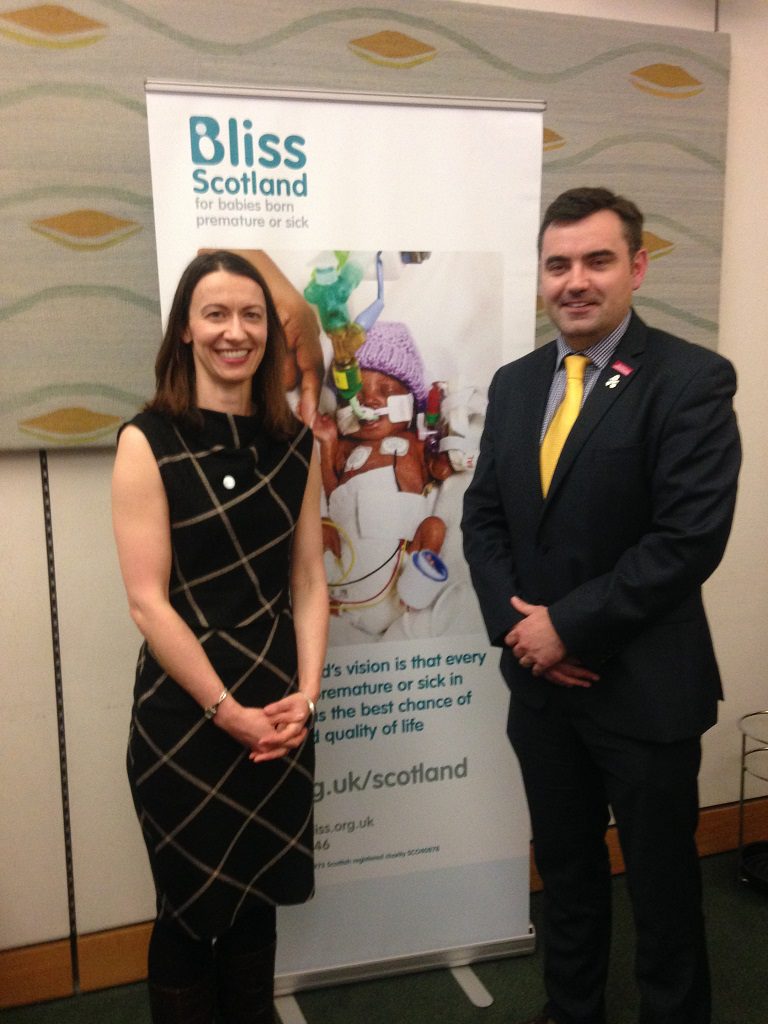 Gavin Newlands, MP for Paisley and Renfrewshire North, has held a roundtable event to discuss how neonatal care in Scotland can be improved.

In partnership with Bliss Scotland, Mr Newlands brought together other Scottish MPs and health professionals to discuss the Bliss Scotland Baby Report 2017. This report set out an up-to-date picture of neonatal care in Scotland and outlined a series of recommendations to improve the support offered to premature and sick babies.

“My family has had direct experience of the fantastic neonatal care in our hospitals and we will be forever grateful to the care that we received. However, we should not rest on our laurels and improvements can be made to ensure that every mother and baby can receive the best possible care from Scotland’s health service.

“I was delighted to work in partnership with Bliss Scotland to bring together MPs from across Scotland as well as health professionals to discuss neonatal care in Scotland and how we can deliver improvements to this vital service.

“The Scottish Government have been proactive in working to improve neonatal care in Scotland and I look forward to playing my part in helping to ensure that every premature or sick baby and their mother receives the best possible care.”

Caroline Lee-Davey, Chief Executive of Bliss Scotland, said: “I would like to thank Gavin Newlands MP for hosting this roundtable discussion on our Bliss Scotland Baby report. Over 5,800 babies are born premature or sick in Scotland every year and we welcome the chance to shine a light on their experiences by discussing Bliss Scotland’s findings in Westminster. The Scottish Government recently set out ambitious new plans for neonatal care – we welcome these, but Bliss Scotland would also like to see immediate action to address the current staffing issues raised in our Baby report alongside implementation of the plans for the future.”

Glasgow News? Daily Updates part of our network
Get ready to run with Mum at Race for Life Glasgow