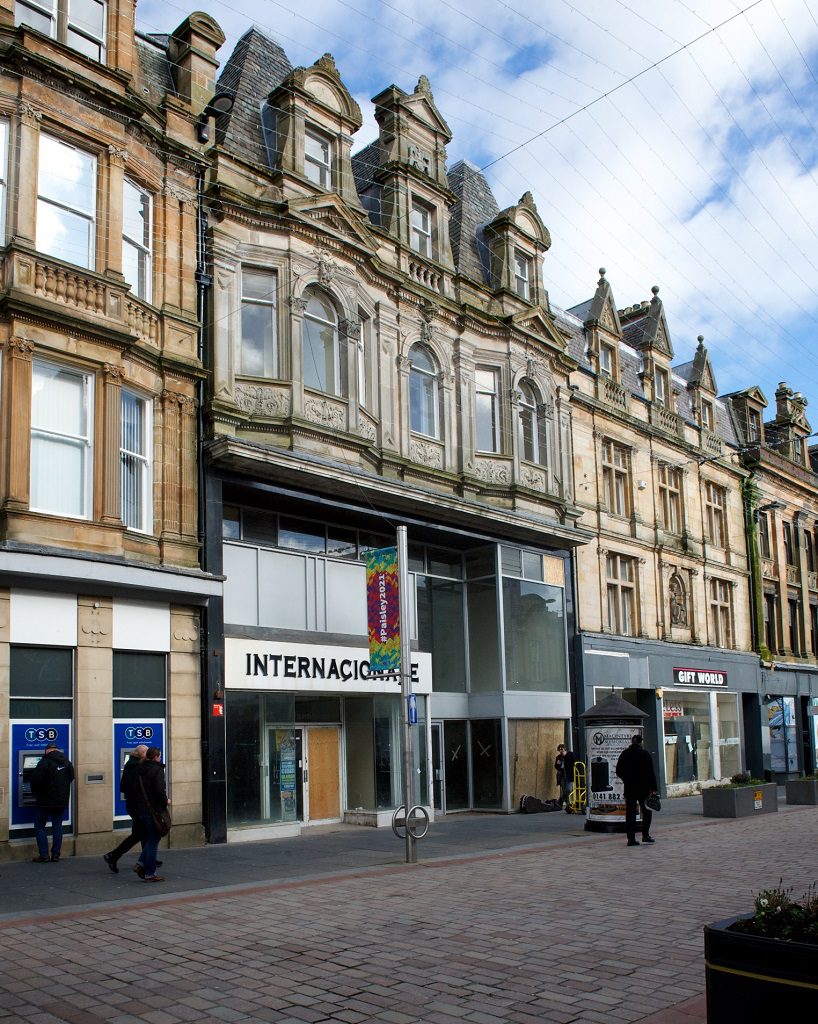 Renfrewshire Council had already made £3.5m available for the project – and the final piece of the funding jigsaw arrived today with confirmation of a £1.5m grant from the Scottish Government’s Regeneration Capital Grant Fund.

The project will see the existing Paisley Central Library relocated from its existing home adjoining Paisley Museum to the unit at 22 High Street, formerly the Internacionale store, to form a new learning and cultural centre.

The move is part of a wider effort by the council to use culture to transform the fortunes of the town centre, taking place alongside the UK City of Culture 2021 bid.

Work is already under way on a publicly-accessible museum store in a formerly-empty unit at 9 High Street, due to open later this year.

And plans are moving forward for a £49m revamp of Paisley Museum into an international-class destination based around Renfrewshire’s unique heritage, which would bring an estimated extra 125,000 visitors per year to the town centre.

The library project will involve a major refurbishment of the building and a new shopfront but will retain the historic façade on the upper levels, in keeping with the rest of the High Street.

The new facility would be managed by Renfrewshire Leisure Ltd and is planned to be open by the end of 2019. A consultation with existing, lapsed and non-users of the current library last year showed they were mainly supportive of the principle of relocating to the High Street.

Renfrewshire Council leader Mark Macmillan said: “We are delighted to have attracted the money needed to top up the council’s previously-announced investment in this project.

“I am sure people will welcome the fact this is bringing an empty High Street unit back into use – the new library is just one strand of a wider push to use cultural attractions to transform Paisley town centre.

“Changes in shopping behavior have created tough times for traditional town centres everywhere – but we can’t turn the clock back and we won’t sit back and manage decline either.

“Paisley has a huge amount to offer in terms of architecture, heritage and culture – and we can use all of those to bring people here and generate the footfall through which existing and new businesses can thrive.

“The new library, the museum store and the planned museum revamp will all help do that – and if we were to win UK City of Culture 2021 we could look forward to one million visitors that year.

“But good things are already happening – with free public wifi on its way, a £5m revamp of the Russell Institute nearing completion and work to bring the former Arnotts site back into use as new flats and a restaurant.

“The library project is just the latest piece of good news on that front – and it will also provide a first-class learning resource for the area’s children and young people, with a greater range of new technology for 21st-century learning.

“And the new modern building will be fully equipped to offer improved physical access than is possible at the library’s current location.”