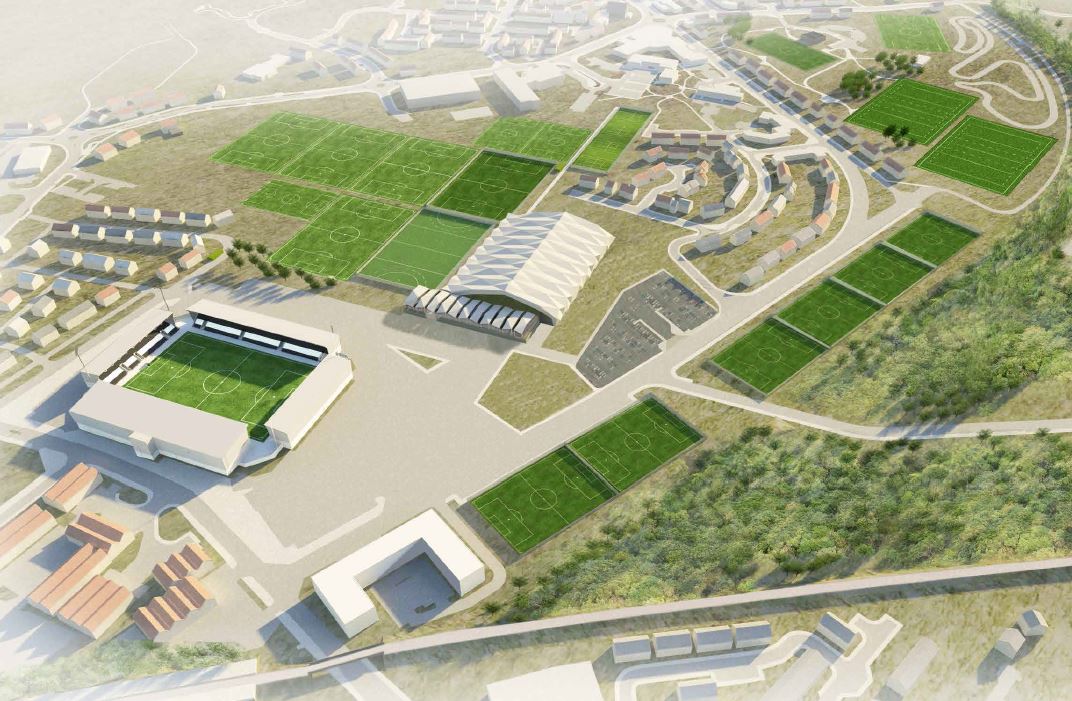 Communities will have the chance to shape an ambitious regeneration programme for Ferguslie Park under plans to be considered by councillors next week.

Artist impressions of Ferguslie Park Regional Centre for Sport (NB – This is NOT a final design, but is merely an illustration of how a centre could look)

Members of the Renfrewshire Council Leadership Board will consider proposals for major investment in the area which are focussed around the development of a Regional Centre for Sport and delivery of high quality homes.

The proposals have been shaped by community consultation undertaken by the council in summer 2016, which indicated strong support for the sports facility and targeted housing investment.

The state-of-the-art sports facility would create a focus for local communities and generate opportunities for jobs, health improvement and activities for young people, as well as attracting visitors from across Renfrewshire.

It is expected to include a range of indoor and outdoor pitches for football, rugby and hockey as well as a specialist sports clinic, conditioning suite and associated changing facilities.

Initial proposals in relation to the sports facility, which is estimated to involve investment in the region of £14M, have been developed in partnership with the University of the West of Scotland and St Mirren FC.

Proposals for housing investment relate to the Tannahill Road and Tannahill Crescent area of Ferguslie Park.

The proposals involve investing in existing stock, the demolition of low demand and vacant properties and developing a small number of new affordable homes.

Councillor Tommy Williams, Renfrewshire Council’s convener of housing, said:“The regeneration of Ferguslie Park is a priority for the council.

“We are determined that proposals are led by the local community and I’m very pleased that the plans to be considered by the Board reflect the outcomes of our community consultation in summer 2016.”

He continued: “Most residents told us they want to stay in the area, with many people speaking positively about good local facilities, a community spirit and closeness to their neighbours, family and friends.

“The proposals for housing investment have been developed to reflect these views and enable local residents to remain in the area.

“The sports proposals have also been developed to include additional facilities and improve transport links to the area to reflect the views expressed”.

The plans to be considered by councillors will enable further consultation with the local community, local sports groups and all potential partners and funders on the detail of the regional sports facility and housing investment plans.

Councillor Williams explained: “We believe that the proposals will give local people access to top class sporting facilities, high quality housing and have wider social and economic benefits.

“So far the local community have played a key role throughout the process and we are keen this continues.

“If the consultation is approved then I would urge everyone to share their views on the proposals, so that the final plans we ultimately take forward continue to reflect local people’s vision for their community.”

If plans are approved by councillors, consultation on the proposals is anticipated to start in early March.

The council has written to residents of the area to inform them that the report will be considered by the board on Wednesday 15 February.

Renfrewshire Council’s regeneration of Paisley is part of a drive to give it a sustainable and prosperous future, improving opportunities for local people and establishing it as a destination of choice for residents, businesses and visitors.

The Paisley 2021 bid to become UK City of Culture is already transforming people’s perceptions of the town, encouraging new arts events and activities, and making it a destination of choice for businesses and visitors alike.