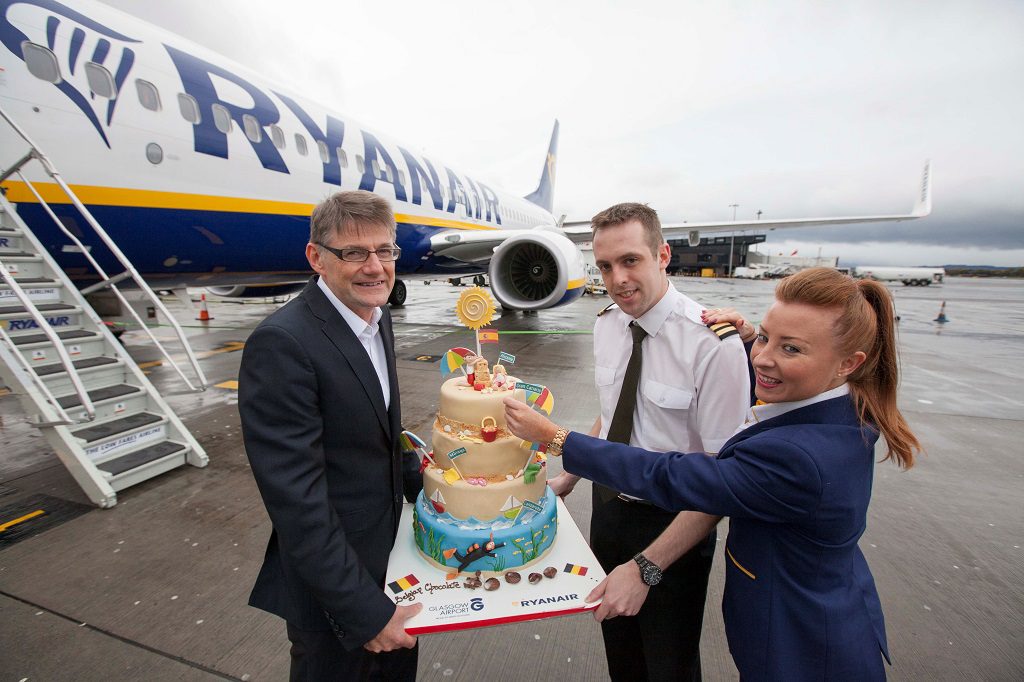 Europe’s largest airline continues to grow its Glasgow Airport operation with the launch of five new services to Alicante, Brussels Charleroi, Gran Canaria, Lanzarote and Malaga last week. A new route to Sofia in Bulgaria was also added in September. Paul White, business development manager at Glasgow Airport, said: “Ryanair has continually responded to demand at Glasgow Airport over the last two years and this sustained growth is testament to the close working relationship cultivated by both the airline and the team here at the airport.

“To go from seven routes to 20, and carrying two million passengers in such a short space of time, is a fantastic achievement and Ryanair’s continued expansion of services in 2017 shows this relationship continues to thrive.

Ryanair’s sales and marketing executive, Lisa Buckley said: “We are pleased to launch our five new winter routes from Glasgow International to Alicante, Brussels Charleroi, Gran Canaria, Lanzarote and Malaga, in addition to our new route to Sofia, which started in September.

“We continue to grow our operations at Glasgow International and we look forward to continue offering the lowest fares and best choice of destinations.”