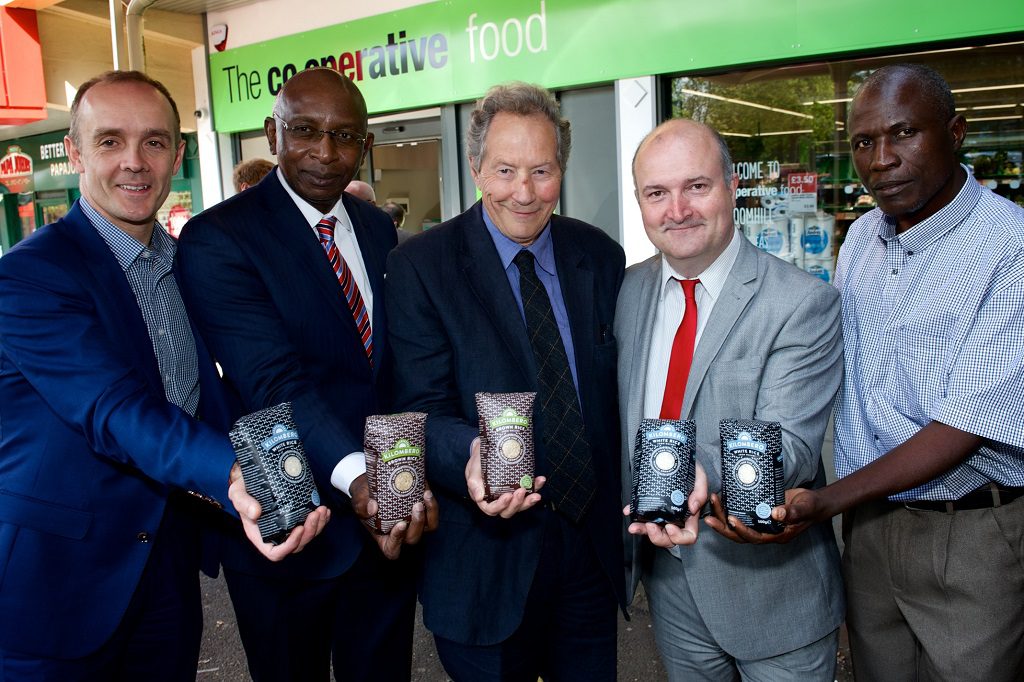 Just Trading Scotland, the Paisley-based Fair Trade organisation has been recognised with a national Business & Innovation Impact Award for its partnership with smallholder farmers in Malawi. The Scotland-Malawi Partnership, which promotes country to country links between the two nations, announced the winners at its AGM held at Strathclyde University’s new Technology Centre in Glasgow.

The event was attended by members from the Scottish and Malawi Governments, as well as business and community leaders from both the UK and the Southern African nation. Just Trading Scotland works in partnership with subsistence farmers in the North of Malawi and have worked immensely hard to introduce people to Malawi’s famous Kilombero rice.

Kilombero, a new style of African rice, is more fragrant and flavourful than traditional long grains and was launched into Co-op stores in Scotland, and to fine foods shops nationally, through distributors Cotswold Fayre and the Cress Company earlier this year.

Councillor Jim Sharkey, Chair of the Renfrewshire Fairtrade Steering Group, said: “This is a fantastic achievement by Just Trading Scotland and I’m delighted one of our steering group members has received this well-deserved accolade.

“The organisation has put in tireless effort for many years to ensure the farmers in Malawi receive a fair deal for their produce and can achieve a sustainable income, and this award is the least they deserve.

“The Kilombero rice is a fantastic addition to our shelves in the UK due to its quality and taste, but most importantly because it is fairly traded. This is vital if those who produce the rice are to benefit fully from the work they put in.”

John Riches, Chairman of JTS, said: “This award recognises the huge efforts which have been made both in Malawi and in Scotland to bring this wonderful smallholder grown rice to consumers in Scotland and the rest of the UK.

“The farmers have worked wonders in improving the quality of their seed and building up their association so they can deliver both quality and volumes.

“The association has grown from 2,500 to 6,500 and they now have a seed bank with over 200MT of certified seed, despite difficulties with rains this year.

“This award is a huge honour and comes just at the right time as now we have the great opportunity to introduce it to new friends though the Co-op stores in Scotland.”

David Hope-Jones OBE, Principal Officer of the Scotland-Malawi Partnership, added: “A very big congratulations to Just Trading Scotland winning the Business and Innovation Impact Award in recognition of their work with smallholder farmers in Malawi.”

“As the network representing the 94,000 Scots actively involved in Malawi links, we’re delighted to support the work of JTS in bringing this fairly traded Malawian rice to Scotland.

“Not only does it taste great but it also provides much needed opportunities for sustainable livelihoods for thousands of smallholder farming families in Malawi.”