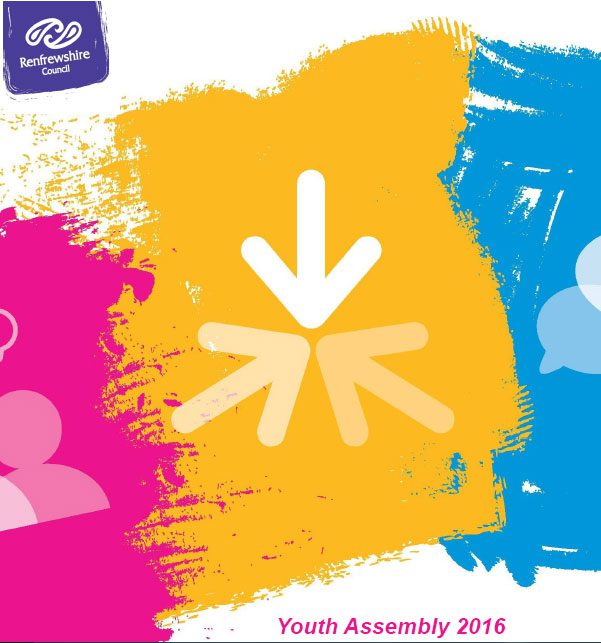 HUNDREDS of young people from across Renfrewshire will tell Renfrewshire Council and its planning partners what really matters to them at a unique event later this month.  #RenYA Renfrewshire’s first Youth Assembly  will bring together around 300 young people aged between 12 and 25 in Paisley Town Hall on 29 November in what will be Renfrewshire’s biggest single community youth forum event .

The Council’s Youth Services team have been supporting 30 young people from local schools and other organisations over the past few months to create the event where delegates will set out their views on key local issues to the Council and Renfrewshire’s multi-agency Community Planning Partnership.

The event – planned by Renfrewshire Council-supported Renfrewshire Youth Voice – will look at topics including:

The aim is to hold a Youth Assembly every year, with young people meeting regularly in between to investigate the key themes further and figure out how to make a difference.

Among the issues they will look at is creating youth hubs and central youth meeting spaces as well as finding ways for young people to prevent or deal with anxiety and mental health problems. Councillor Jacqueline Henry, Convener of Renfrewshire Council’s Education and Children Policy Board, said: ”The Council is pushing ahead with a huge range of actions for our vision of making Renfrewshire a fantastic  place for everyone – including our young people – to live, work and invest.

“The Youth Assembly is a hugely important way to give young people their say in shaping the future of our community in Renfrewshire – and challenges any perception that ‘young people aren’t bothered.’

“It shows our young people that we value their opinions, and offers the young organisers from Renfrewshire Youth Voice a unique opportunity to be involved in designing and staging – with support from the Council’s Youth Services – an event of this scale and importance.

“The Assembly promises to be interactive, challenging, informative, and above all, will provide the foundations for action and positive change.
“This is an exciting chance for the young people of Renfrewshire to shout out about the things that matter to them and we are proud to support them in doing that.

“We look forward to hearing what comes out of the event.”

The Assembly is not a walk-in event but any youth groups, young people or organisations who want to be involved in the ongoing process can get in touch with Renfrewshire Council’s Youth Services   tel 0141 889 1110 or email youth@renfrewshire.gov.uk