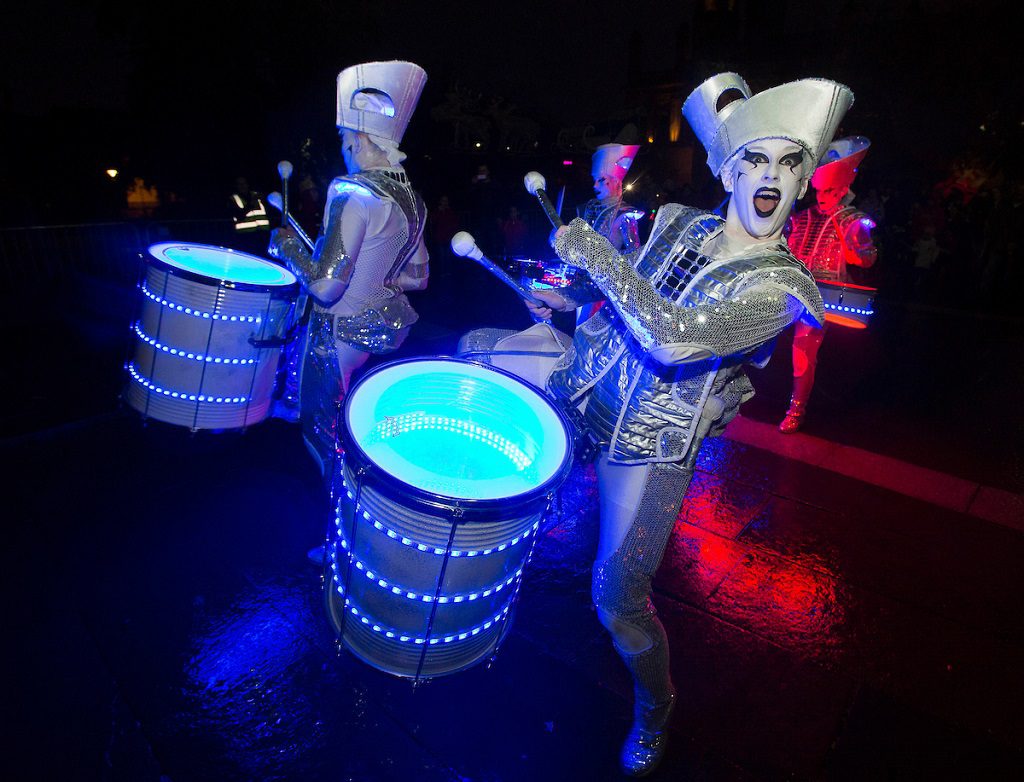 Paisley enjoyed an explosion of light, sound and activity at the weekend when thousands of visitors descended on the town centre for the annual Halloween festival. The hugely-popular annual event – taking place as part of the build-up to Paisley’s bid for Uk City of Culture 2021 – kicked off on Friday evening with a lantern-lit parade through the town centre led by the stunning Spark! LED drummers.

That continued in Abbey Close itself with a fire garden run by outdoor arts specialists Walk the Plank, featuring fire-breathing sculptures and spooky illuminations.

There was also lots for kids in Paisley Town Hall, with Halloween arts and crafts, a family disco, storytelling, puppet shows and music sessions with Feis Phaislig. Most of the same activities returned on the Saturday but with the addition of a main stage featuring live music from local musicians and dance groups, and entertainment from Pulse FM DJs.

Both days also saw a funfair, street entertainers and a great selection of outdoor food vendors. There was also a special event in the run-up to the Halloween festival, with Paisley Town Hall hosting the world premiere of a new performance by award-winning visual theatre artist Al Seed.

The show – a dark gothic melodrama inspired by Edgar Allan Poe’s The Raven – was one of the first to be funded by Renfrewshire’s Culture, Heritage and Events fund, aimed at boosting the local creative scene ahead of the Paisley 2021 bid.

The event was organised by Renfrewshire Council, and council leader Mark Macmillan said: “Once again, the Halloween festival made for a fantastic spectacle in the heart of the town.

“The event has been hugely popular since it started two years ago and has helped bring thousands of visitors into the town, boosting local trade.

“It was also good to see so many local cultural groups involved – and with Paisley’s bid for UK City of Culture 2021 due to be submitted in a few months time, it was once again a great showcase of the flourishing creative scene we have here.”

Glasgow News? Daily Updates part of our network
DID YOU KNOW THAT PAISLEY’S CATS ARE AT RISK OF SERIOUS AND POTENTIALLY FATAL...