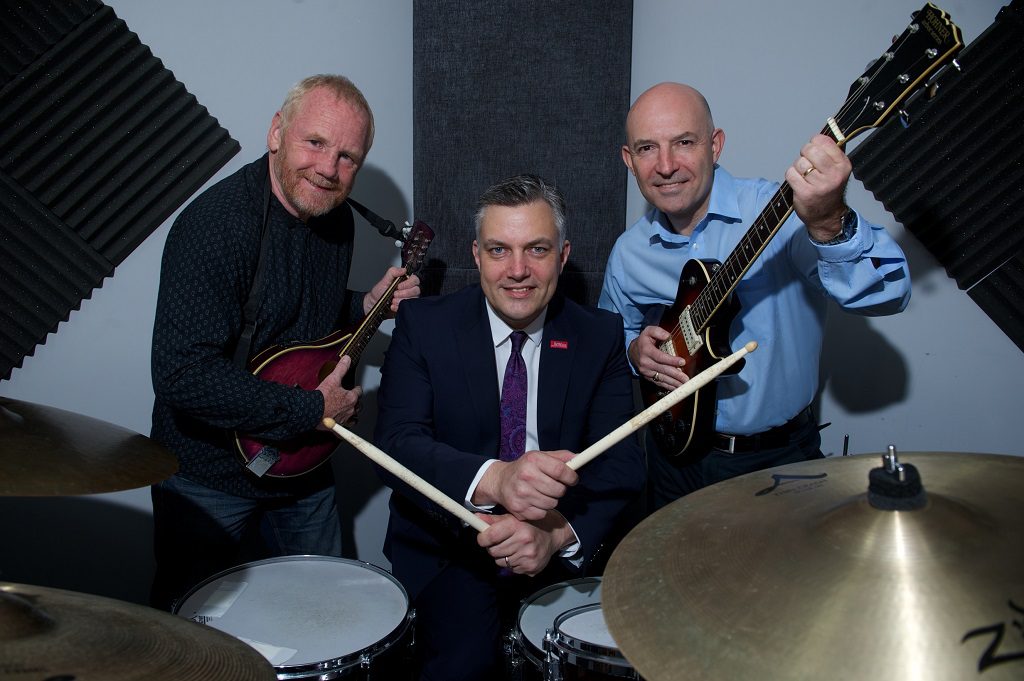 Local performers and venues are being urged to sign up and take part in a brand new ‘fringe’ event to Paisley’s national arts festival.

The Spree for All, announced this week, aims to build on the success of The Spree, now in its fifth year and taking place in the town from 14-22 October.

The Spree for All is being organised by local music charity LNP Promotions.

LNP founders Gary Kerr and Tommy McGrory hope the recent Paisley Music Week is a taste of things to come for the new fringe festival. The two joined forces this week with Renfrewshire Council Leader Mark Macmillan to launch the Spree for All.

Gary said: “Paisley Music Week just confirmed the wealth and variety of talent we have here, and it was great to see musical acts take over the town for a full week – with a bonus performance in The Cave from a home-grown superstar, Paolo Nutini!

“The Spree is a fixture in Paisley’s events calendar now and, as well as the performances by bigger names, people have always supported events like ModStuff that celebrate the local music scene. We want to build on that and take The Spree out into venues across the town. There is such a vibrant cultural scene across the town, and we want more people living here or visiting the town to experience that.”

Tommy McGrory added: “The Spree has a great mix of musical styles as well as comedy, drama, spoken word and poetry – and that’s exactly what we want for the Spree for All.
“We want as many different performers and venues to contact us as possible so we can bring them together and have a great week celebrating all that Paisley has to offer.”

Renfrewshire Council Leader Mark Macmillan said: “Our vibrant cultural scene is a huge part of Paisley’s bid to be UK City of Culture 2021 and we want to make sure that everyone across our communities has the chance to get involved. The Spree for All is exactly the sort of event we’re looking for and I would urge any performer or venue to get in touch with Gary and Tommy and be a part of it all.”

Anyone interested in taking part in the Spree for All should contact LNP Promotions via their Facebook page at www.facebook.com/LNPPromotions or, if you already know Gary and Tommy, you can contact them directly.
Tickets for The Spree festival are on sale now at  www.thespree.co.uk  or from Renfrewshire Arts and Museums Box Office on 0300 300 1210.

Choose Life campaign aims to save lives in support of Suicide Prevention We...
Scroll to top
Go to mobile version