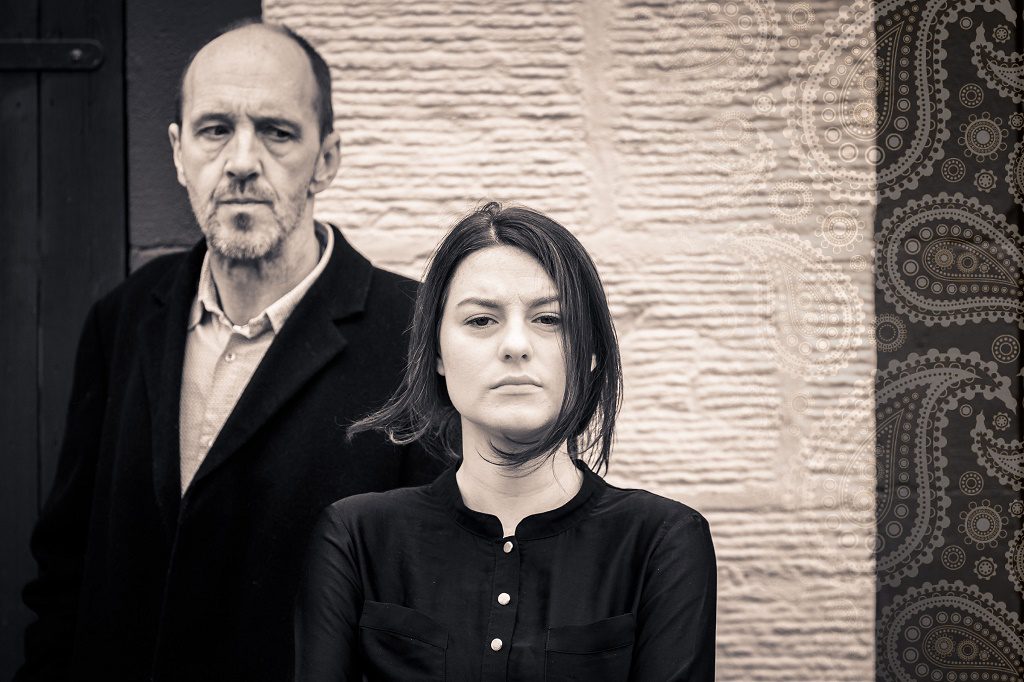 Paisley is set to celebrate its radical links with two unique plays featured in town as part of the town’s Sma’ Shot Day celebrations. Silver Threads is a quick-fire comedy that tells the story of the political battle between the Paisley weavers – who made the Paisley Pattern shawls – and their employers in the 19th century.

The shawls were held together by an unseen cotton thread – known as the Sma’ Shot – but manufacturers had refused to pay for it, leaving the weavers out of pocket and resulting in a long dispute.

The weavers eventually won their case after the manufacturers backed down and in 1856 the first Saturday in July – traditionally a holiday for the weavers – was renamed Sma’ Shot Day in honour.

Silver Threads was written by Paisley-born stand-up comedian, actor and writer Bruce Morton for this year’s Sma’ Shot festival as part of the build up to Paisley’s bid for UK City of Culture 2021.

Its first-ever performance will be on Sunday 3 July, 7.30pm in Paisley Arts Centre.

Scotland’s part in the Spanish civil war comes to life in From the Calton to Catalonia – a story of family, sacrifice, loss and idealism.

The play pays tribute to James Maley, father of writers Willy and John. James left behind his family and friends to join hundreds of Scots and the people of Catalonia who were fighting against Franco’s rule.

Around one-third of all British volunteers who went to fight the fascists came from Glasgow. Many did not return. James was captured and imprisoned after fighting in the Battle of Jarama.

From the Calton to Catalonia will be performed on Saturday 2 July, 7.30pm in Paisley Arts Centre.

Renfrewshire’s Provost Anne Hall said: “The history of Sma’ Shot is a fascinating part of Paisley’s unique story – and the town is proud of its weaving history and heritage.

“Paisley has strong links with radicalism – having been a hotbed of early trade unionism at the centre of the Radical War of 1820 that lead the then Prime Minister Benjamin Disraeli to comment: ‘Keep your eye on Paisley’.

“Sma’ Shot Day marks the victory of the Paisley weavers after a long dispute with their employers to be paid for the small piece of thread that held the Paisley shawls together.

“Bringing both these plays into the Sma’ Shot celebrations is a great way to showcase Paisley’s  cultural offering and a huge boost as momentum builds on our bid for UK City of Culture 2021.”

Paisley’s bid is taking place as part of a wider push to transform the town’s future using its unique cultural and heritage offering as the home of the Paisley Pattern and the one-time centre of the global textile industry.

Both performances are produced by FairPley – on behalf of Renfrewshire Council – and feature members of the Equity and Musicians’ Union.

Tickets are now on sale at  boxoffice.renfrewshire.gov.uk.