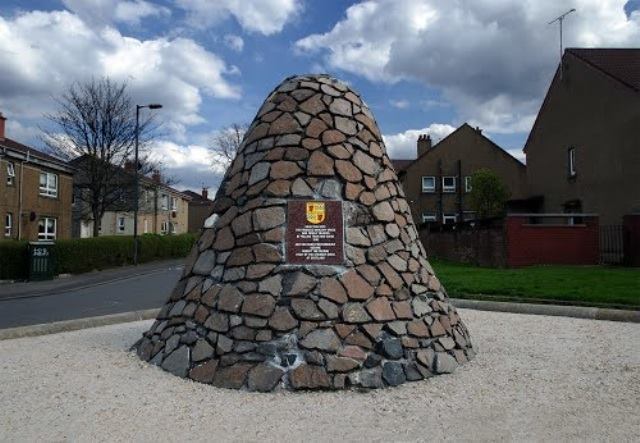 Marjory Bruce was the eldest daughter of King Robert the Bruce, by his first wife, Isabella of Mar.  Marjory died on 2 March 1316 at the age of 19.  She is buried at  Paisley Abbey. On 27 March 1306, Robert the Bruce was crowned King of Scots and Marjory, at 9 years old, became a Princess.

Three months after her coronation, during the war with England, the Bruce women were sent north to Kildrummy Castle for safety.  The English army were waiting and the women were captured by the Earl of Ross and handed over to the English King.

The women were taken as prisoners.  Marjory spent years in solitary confinement at the Gilbertine nunnery at Watton, East Yorkshire.   Bruce couldn’t do anything to save his family until June 1314, when, at the Battle of Bannockburn, he crushed the English troops, taking many hostages. Some of the most important prisoners could now be exchanged for his wife, daughter, and sisters.

Princess Marjory returned to Scotland under the escort of Walter Fitzalan, a descendant of Walter Fitzalan who founded Paisley Abbey.  The young Walter, as High Steward to the King, had played an important role at the Battle of Bannockburn.  As one of the king’s most deserving subjects and royal favourite, Walter was rewarded with the hand of Marjory in marriage.  They were married in May 1315.

On 2 March 1316, Marjory was riding her horse in Gallowhill, while heavily pregnant.  Her horse suddenly startled and threw her to the ground at a place called “The Knock”.  She went into premature labour and Robert was delivered by caesarian section at Paisley Abbey.  Sadly, Marjory died a few hours later.  Robert went on to become the first King of the Stewart dynasty, Robert II. In January 1954 a cairn was unveiled at the junction of Dundonald Road and Renfrew Road.  The cairn marks the spot close to where Marjory fell from her horse. The reputed place of death is now referred to as “the knock”, with nearby roads of Bruce Way, and Marjory Drive named in her honour.

The cairn has a plaque with the inscription “Near the princess Marjory Bruce was fatally injured by falling from her horse 1316.  Her son born posthumously became Robert the second First of the Stewart kings of Scotland”. Marjory’s life was short lived and surrounded by tragedy.  The cairn is a reminder to passers-by of Scotland’s history and the devastating events which took place.