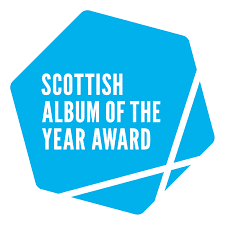 The Scottish Album of the Year Awards (SAY) today announced it will hold its prestigious 2016 award ceremony in Paisley, Scotland, a town synonymous with musical talent. The SAY Award, established in 2012, will be held in Paisley in 2016 and 2017. Paisley will be drawing on its broad musical roots, with internationally acclaimed musicians hailing from the town including; Gerry Rafferty, Paolo Nutini, Joe Egan, Nicholas Currie aka Momus, David Sneddon (Fame Academy), Kelly Marie (Feels Like I’m in Love), Stealers Wheel, and Chris Glen to name a few.

The SAY Award ceremony is coming to Paisley Town Hall on Wednesday 29 June 2016 as part of the build-up to Paisley’s bid for UK City of Culture 2021, focussing on culture and heritage to transform the area’s future.

Jean Cameron, director of Paisley’s bid for UK City of Culture 2021, said: “We are all very excited that Paisley will be home to one of the most prestigious events in the Scottish musical calendar. The SAY Award and Paisley are a great fit – the town has a wonderful musical heritage and continues to be a cultural hotspot for creative talent to this day.”

Caroline Cooper, SAY awards commented: “We are thrilled to be bringing the SAY Award to Paisley for the next two years. The award celebrates the very best of Scottish music and what better place to hold the ceremony than in a town so steeped in cultural history.”

Leonie Bell, Director, Arts and Engagement, Creative Scotland, said: “The SAY Award has established itself as one of the most important events in the Scottish music industry calendar. Since its inception in 2012, the award has been immensely successful in recognising and celebrating the quality and diversity of Scotland’s vibrant music scene.

If you are Visiting the town during the SAY awards you can book some cheap hotels in the area, click the link to see the availability of accommodation.

“We are delighted to be able to support the fifth year of the Award and are looking forward to the 2016 ceremony hosted in Paisley Town Hall. It is fitting that the ceremony is hosted in Paisley, home to musical talent of Paolo Nutini and the late Gerry Rafferty, as it makes its bid to be UK City of Culture 2021.”

2015 SAY awards winner, Kathryn Joseph hasn’t stopped since winning the prestigious award, when she beat off strong competition from and including; SLAM; Belle And Sebastian and Paisley-born musician, Paolo Nutini, with her album entitled bones you have thrown me and blood I’ve spilled.

Kathryn is no stranger to Paisley, having performed at the town’s annual Spree Festival in 2015. Speaking of the awards coming to Paisley, Kathryn Joseph commented: “Paisley has always been a place I’ve loved to be in. It has a warm and great feeling and it is also a very beautiful town – the equally beautiful SAY award will fit right in here.”

The UK City of Culture competition is run by the UK Government. The shortlisted cities will be announced in spring 2017 and the winner at the end of 2017. Find out more about our story at www.paisley2021.co.uk or follow @Paisley2021 on Twitter.