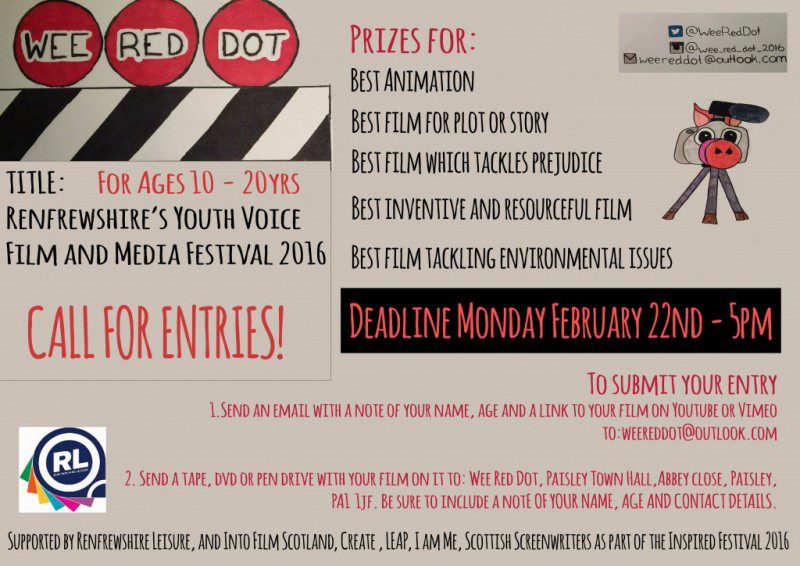 The project is run by a committee of young people who are looking forward to seeing  exciting films, so if you know of any budding filmakers be sure to let them know….