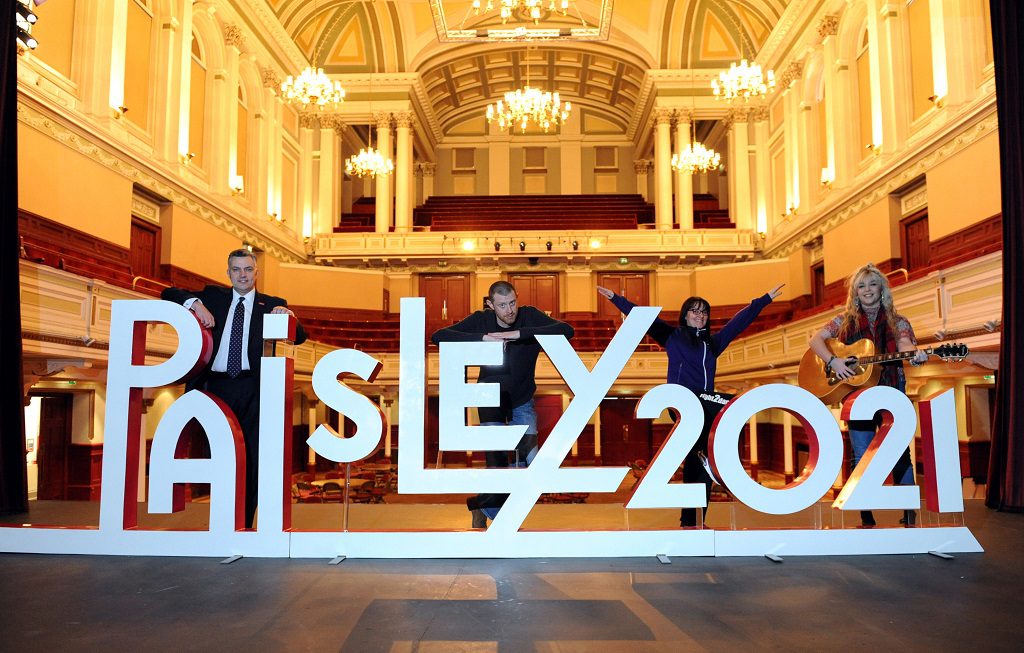 People involved in the arts across Renfrewshire can now bid to share in a £500,000 cash pot set to help transform the area’s creative scene ahead of Paisley’s bid for UK City of Culture 2021. The Renfrewshire Culture, Events and Heritage Fund is now open for application from individuals or groups who want to develop their own events or projects, and is designed to build up the area’s cultural offering ahead of the bid.

It is open to anybody staging an event in Renfrewshire, with grants available over the next five years for projects aimed at raising ambition, getting people involved in culture and unlocking the area’s creative potential.

Applications are invited for projects which will bring people together and encourage young people to develop their talents, while also raising Renfrewshire’s profile, attracting visitors and boosting the local economy.

The money could be used to support new events and festivals, learning opportunities or improvements to existing projects.

Detailed guidelines and information on how you can apply are available at www.paisley2021.co.uk now.

Councillor Macmillan said: “Paisley’s bid for UK City of Culture 2021 is all about harnessing the power of culture to make people’s lives better.

“At the same time, it is part of a wider plan to transform Renfrewshire’s future by using culture to drive regeneration – the arts are worth £7billion a year to the UK economy and we can grab a slice of that to build a better future for the whole area.

“We already have a vibrant local cultural scene with many hard-working and talented people involved, but we know funding can be hard to come by.

“With that in mind, the council last year announced we were able to set aside money from within our existing regeneration budget to set up this fund.

“The aim is to help individuals and groups who want to show the world what Paisley and Renfrewshire has to offer to do so in a bigger and better way.

“When we submit Paisley’s bid for UK City of Culture 2021 to the UK Government next year, we want to be able show off a distinctive, innovative and inclusive cultural programme which stretches across all of Renfrewshire.

“The fund is open to anybody who wants to be part of it and we look forward to seeing people’s applications.”

Applications are open now and funding is available in three categories – up to £1k, from £1k to £10k and from £10k up.

Glasgow News? Daily Updates part of our network
10 reasons why you should be using cloud services