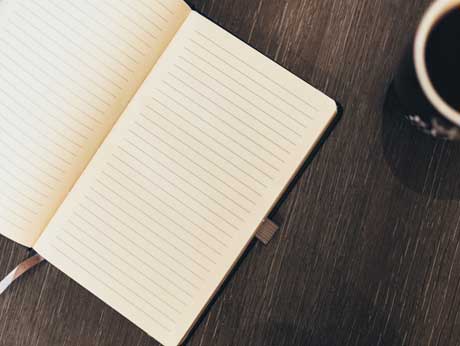 Three Glasgow-based writers have come one step closer to having their work published, after being named as the recipients of a Scottish Book Trust New Writers Award 2016. Iain Bain, Karyn Dougan and Karen Ashe are three of the 11 recipients of the coveted award, run by Scottish Book Trust in association with Creative Scotland. The awards provide a selection of talented, unpublished writers with financial support to enable them to concentrate on developing their work, as well as professional guidance to help them move towards publication.

Each recipient receives a £2,000 cash award and support tailored to their needs including mentoring from writers and industry professionals, training in public relations, social media and performance and the opportunity to show their work to publishers and agents. The awards also include a week-long retreat at Cove Park. The retreat provides time, space and the freedom to create new work in idyllic surroundings.

Iain Bain, a part-time postman from the Partick area of the city, has received a New Writers Award in the fiction category. Iain spent several years working as a desk editor for publishers, mainly in London and the South East of England, before returning to Glasgow, his home city, where he worked for BBC Information. Iain’s writing has been published, performed and broadcast. One of his short stories appeared in the Scottish Arts Council/HarperCollins collection ‘Looking for the Spark.’ His articles, reviews and interviews have appeared in print, and some of his drama work has been staged in Glasgow and Edinburgh. Turning to comedy, he was one of the lead writers on a BBC Radio Scotland sketch show called ‘The Why Front’, which ran for four series, wrote all the comedy songs for the series ‘Ellis Island’ and ‘The Ellis and Clarke Show’ and his comedy-drama series ‘Close’ was also broadcast. Iain has just completed his first novel ‘Brackenrib’, a Scottish comic fantasy, literary road movie, adult fable and is busy planning the next. Commenting on his award, Iain said:

“I am seriously chuffed to be given this award. This is a very welcome opportunity for me to get some informed advice with polishing my novel, perhaps even learning how to describe it better, hopefully taking it further, and also finding my way into the next book. I am very grateful to Scottish Book Trust and eagerly looking forward to the year ahead.”

Karyn Dougan (26), a proofreader from the Southside area of the city, received the Callan Gordon Award. The Callan Gordon Award, set up to celebrate the life of young Scottish writer Callan Gordon, provides an additional space on the New Writer Awards programme every two years for a short story writer or poet between the ages of 18 and 35. Born in Falkirk, Karyn has performed her work across the UK and has taken her work to Europe, performing in Greece and Italy. She has written for The List, The Skinny and The Bear, and has worked in almost every section of the book industry as a proofreader, editor, reviewer and bookseller. A graduate of Stirling University, she is known for being “the cheerleader of Scottish literature” and has become a writer of prose, poetry and all things wordy.   Her first short story was published in “Alight Here: An Anthology of Falkirk Writing” (Cargo, 2015), and has appeared in magazines including Untitled and The Grind. She also won the 2009 Bookseller Bursary Award. Commenting on her award, Karyn said:

“I am honoured to receive the Callan Gordon Award and would like to thank Callan’s family for making such a special opportunity available to young writers. It is a life-changing award and I hope to live up to the previous winners.”

Karen Ashe (49) is a full time mum living in the Mount Vernon area of Glasgow and has received a New Writers Award in the Fiction category. Her first ever short story took 2nd place in the South China Morning Post short story competition and she went on to complete the MLitt in Creative Writing at Glasgow University.  She grapples with poetry and the short story, recently placing third in the FWS Easter poetry competition, and making the shortlist for the Glasgow Women’s Library Short Story competition. She also tries her hand at flash fiction and has been published online in Paragraph Planet.   She has been shortlisted for the Fish Short Story and Flash Fiction prizes, the Bridport Prize for Flash Fiction, and was published in the Mslexia Curious Incidents section. Commenting on her award, Karen said:

“I am absolutely thrilled, at my advanced age, and after many attempts, to be the recipient of this award. It is a marvellous honour, and I intend to take full advantage of the opportunities it will bring, and maybe, finally, at last, get this novel finished.”

“It’s a tricky world out there for an unpublished writer. For the majority of people finding the time to write is increasingly difficult and making it out of the slush pile can be almost impossible. The New Writers Awards give talented writers a leg up, freeing time, providing an introduction to the writing community and getting them noticed. The 2016 writers are a talented bunch and we are really looking forward to seeing where this year will take them.”

“Each year the New Writers Award winners provide a bellwether for the next generation of writing from Scotland; the achievements of previous winners is a testament to this. The 2016 winners look set to continue Scottish Book Trust’s tremendous record of picking writers that innovate, excite and challenge. It can truly be regarded as Scotland’s‘ones to watch’ list for literature.”

Scottish Book Trust is also currently working with the Gaelic Book Council on a project which will support two New Gaelic Writers each year.

Information about the 2016 New Writers Awards can be found here.