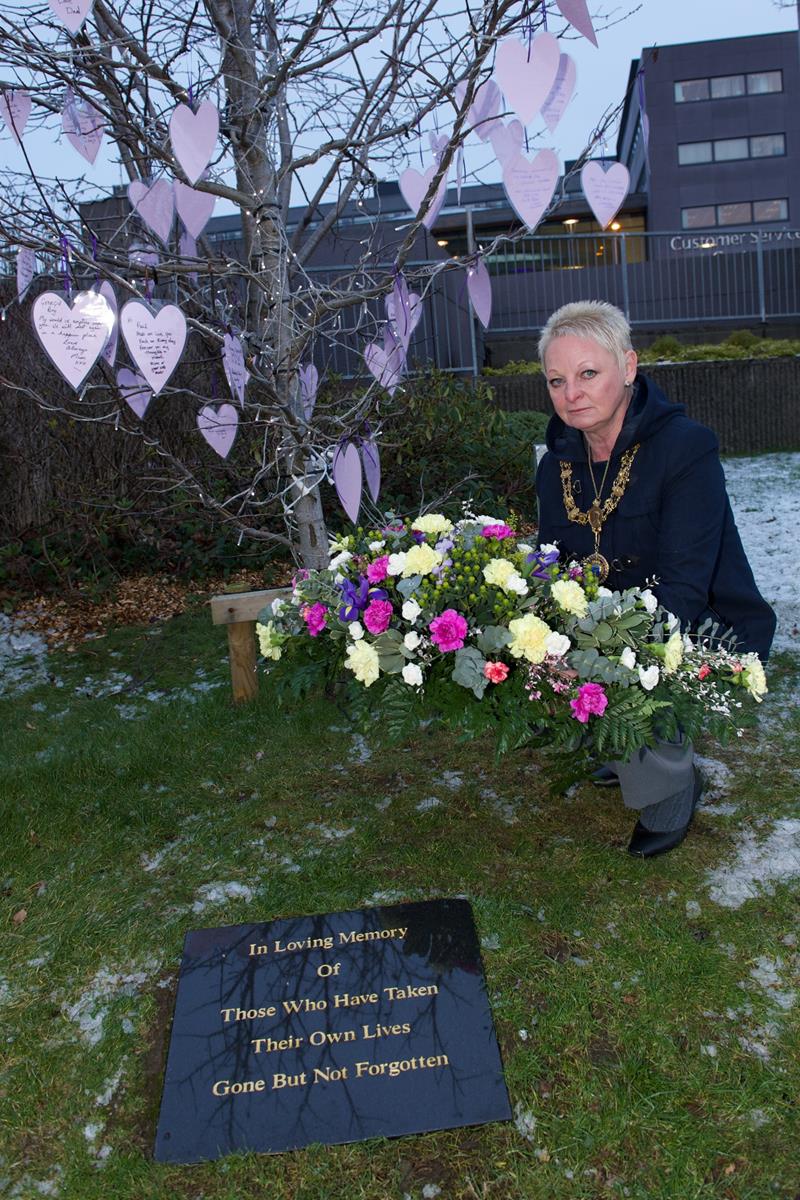 A memorial service will be held in Paisley to commemorate those who have lost their lives to suicide.

Renfrewshire support group Survivors of Bereavement by Suicide (SOBS) will be holding a short service on Wednesday 20 January.

The service will be attended by Renfrewshire Provost Anne Hall, Reverend Alan Birss and Very Reverend Monsignor John Tormey and will be held in the Marriage Suite of Renfrewshire House.

Friends and relatives are invited to meet at the Marriage Suite from 3:15pm to collect a commemorative purple heart on which they can write a message to a loved one, if so desired.

At 3:30pm there will be a short service followed by a procession to the memorial tree where the Provost will lay a wreath and light the tree.

Following the service all those attending are cordially invited to join the Provost, the local SOBS support group and the Choose Life team for light refreshments in Paisley Abbey.

The service is open to anyone and aims to provide an opportunity to remember those who have been lost while providing an arm of support to the survivors. It is an opportunity to connect with others who have faced a similar situation.

Provost Hall said: “It is important that we hold this service as suicide can affect anyone, of any age, and this service can provide a place of support for those affected by suicide while giving a fitting tribute to those we have lost.

I will be attending to pay my respects and I would encourage anyone affected by the issue to join me at the memorial service.”

The local support group meets on the last Wednesday of the month, 7:00pm-8:30pm, at the Wynd Centre, Paisley and new members are always welcome.

If you are feeling suicidal, or you know someone that might be then please call one of the helpline numbers: Samaritan’s 116 123, Breathing Space

Glasgow News? Daily Updates part of our network
SCOTS URGED TO MAKE A WILL FOR CANCER RESEARCH UK