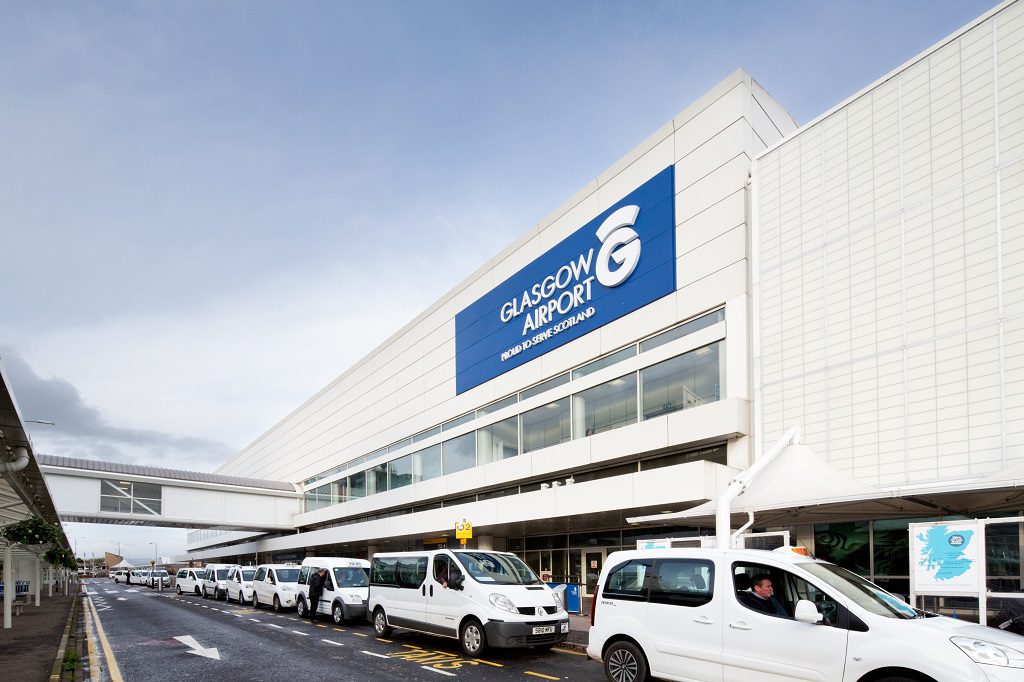 Glasgow Airport has secured Scotland’s first ever direct service to South Korea after flag carrier Korean Air and tour operator Hanjin Travel confirmed they will introduce a summer charter service from the capital of Seoul. Korean Air and sister company Hanjin Travel will operate three services during August 2016 between Seoul and Glasgow Airport which will serve as the gateway to over 1,000 South Korean tourists who will fly to and from Scotland.

Hanjin Travel is one of South Korea’s leading travel companies and has played a major role in developing the country’s tourism industry. In recent years, it has been extending its European route network with the launch of similar charter services to Oslo and Marseille. Hanjin Travel has launched its Glasgow service with a view to introducing further flights in 2017.

Operated by Korean Air using an Airbus A330 aircraft, the first flight from Seoul will arrive in Glasgow on 5 August with the second and third flights arriving on 12 and 19 August respectively.

Amanda McMillan, managing director of Glasgow Airport, said: “To have secured what is Scotland’s first direct service to South Korea is a major milestone for Glasgow Airport and it is of huge significance to our tourism industry. The decision by Korean Air and its sister company Hanjin Travel to introduce this route reinforces Scotland’s global appeal as a tourist destination and it highlights the growth in demand we are experiencing from Asian tourists.

“Hanjin Travel has been instrumental in encouraging the growth of South Korea’s outbound tourism market and this service represents an important step in further strengthening Scotland’s ties with Asia. We are looking forward to welcoming both Korean Air and Hanjin Travel on board and to working closely with them to develop their initial charter programme in the years ahead.”

Mr Oh Sang Kwon, President Hanjin Travel stated “As one of South Korea’s leading travel companies we are very proud to be introducing the wonderful city of Glasgow and indeed the whole of Scotland to our passengers.  I am sure the city’s excellent shopping and wonderful architecture alongside the world renowned scenery of Scotland will prove very popular with South Korean travellers. We look forward to a traditional Scottish welcome when we arrive in Glasgow Airport this August.

Councillor Frank McAveety, Leader of Glasgow City Council and Chair of Glasgow City Marketing Bureau, said: “Securing Korea’s national air carrier and Scotland’s first direct service from South Korea is a momentous achievement for Glasgow and a fantastic start to the new year for the city and our airport.

“Having just been named by travel industry bible National Geographic Traveller as one of the 20 best destinations in the world for 2016, this announcement further strengthens Glasgow’s reputation as Scotland’s long-haul gateway and reinforces our commitment to growing the city’s global connectivity and forging tourism links with emerging markets. Glasgow is looking forward to working with Korean Air and Hanjin Travel ahead of the service commencing this summer.”

Minister for Transport and Islands Derek Mackay said: “The announcement of this charter service is an exciting development for Glasgow Airport, providing a direct link to Seoul, one of the biggest cities in the world.

“This service will provide another direct link to Scotland for visitors who want to get a taste of our fantastic tourism experience. I congratulate both Glasgow Airport and Hanjin, and wish them every success with this new service. The Scottish Government hopes it can be a stepping stone to a more extensive link between Scotland and South Korea in the future.”

Mike Cantlay, Chairman of VisitScotland, said: “New long haul connections via the Middle East and major European hubs are making it increasingly easy for visitors from emerging markets to connect to Scotland.

“I visited Seoul last year – a first for VisitScotland – to meet and build relationships with key industry leaders and as such I’m delighted that a major tour operator in the South Korean market is launching a direct charter series. With our exceptional golf courses, Scotland is well positioned as an aspirational destination amongst South Koreans and this exciting development will further help to build Scotland’s profile for new visitors from the Far East.”

Allan McQuade, Business Infrastructure Director, Scottish Enterprise added: “This new direct service is excellent news for Scotland. Direct services make Scotland a more attractive destination for both tourists and businesses by removing the need for extra connecting flights. This not only helps the economy by boosting tourism, but also encourages overseas trade and investment.”