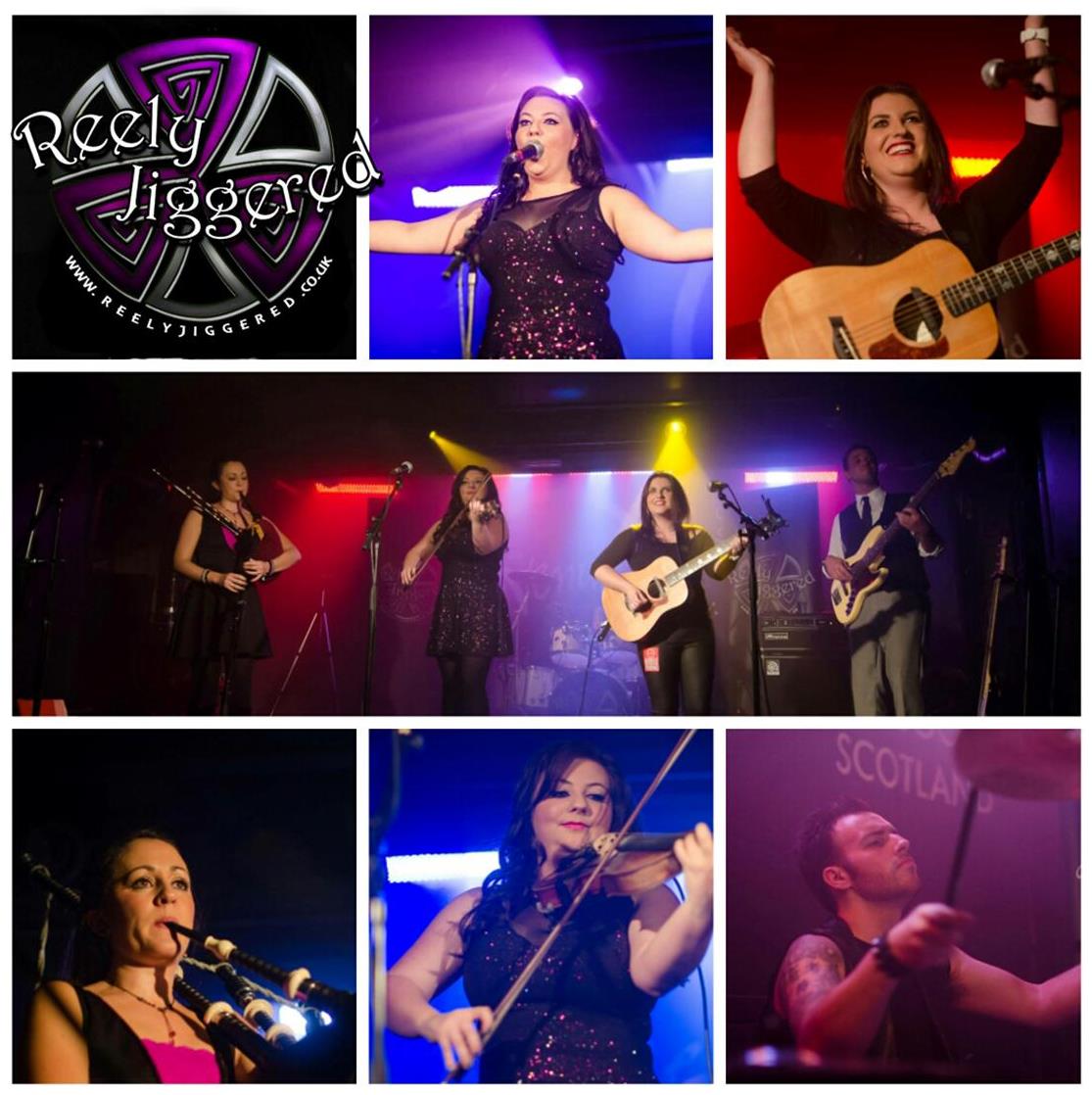 Appearing at Hamishes Hoose on 28th November. Reely Jiggered are bursting with talent, alive with creativity and live to perform. To go to one of their gigs is to be taken on a journey through the streets of Mexico, the salsa clubs of Cuba, the furious fiddling of gypsies, and haunting melodies of Celtic Britain mixed with the soaring voice of a soprano, the beauty of acoustic instruments, revved up by driving bass lines, wah-wah pedals and rocked up rhythms.

Reely Jiggered has come a long way since starting out as a ceilidh band in 2008. The band consists of ultra-talented musicians and with the combination of their mixed genre Reely Jiggered are one of the best folk rock bands around who always punch above their weight whether at a jam session or on the big festival stage.

Their self-titled debut album was released in 2011 to critical acclaim, received airplay in Australia, Germany, Mexico and America and has been featured on BBC Radio 3 and BBC Radio Scotland. Their second album KALEIDOSCOPE has been reviewed and played worldwide and was Album of the week on many stations. Reely Jiggered’s music is a collaboration of Scottish, Irish, Mexican and Spanish traditional folk music, world beats and melodies fantastically woven and drawn together to an interesting and unique fusion of funk, rock, pop, and jazz, taking folk music to new heights.

Glasgow News? Daily Updates part of our network
Paisley gets behind 2021 culture bid