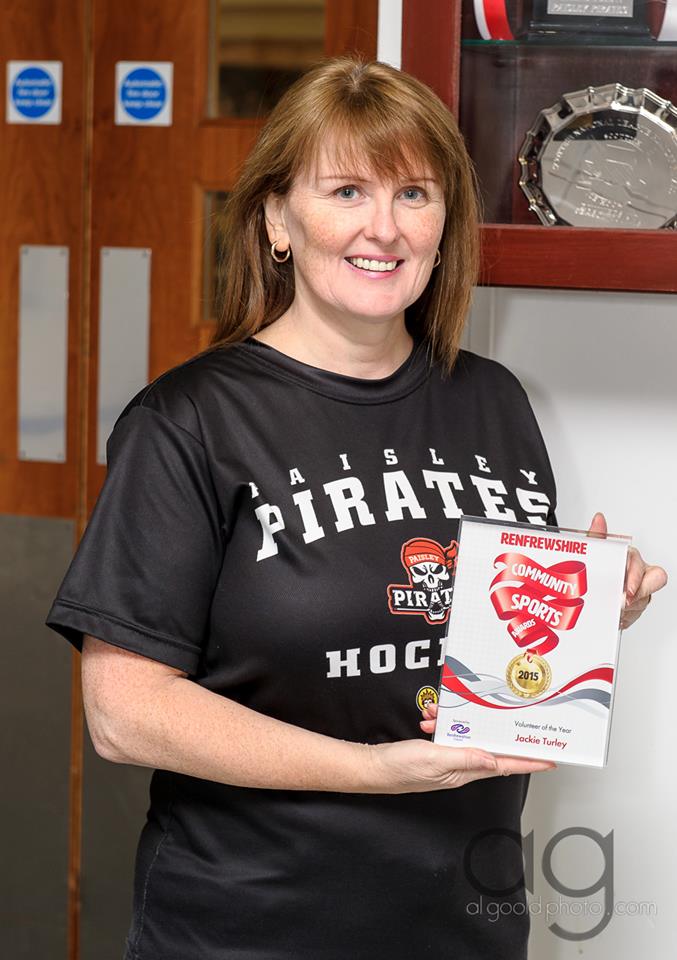 Paisley Pirates are celebrating not one, but two of their biggest successes in recent years-and without a puck in sight.

At the Renfrewshire Community Sports Awards event held last week, two well known faces within the club were honoured, along with local representatives from other sports and activities, at the inaugural staging of the event in the newly furbished Johnstone Town Hall, with many well known figures from the world of sport and broadcasting in attendance.

Pirates’ coach Ian Turley made the final three in the Community Coach of the Year category, and while missing out on the main award, was nevertheless delighted to be included in the final consideration. “Of course, it’s always nice to win any award, but it’s a big honour just to be recognised in this type of event,” he said. “None of us do what we do for the purpose of winning awards, we do it because we want to, and it’s quite humbling when people highlight what you do as worthy of consideration for an award.”

Mum Jackie Turley, secretary of the Paisley Pirates, went one better, however, in picking up the Volunteer of the Year Award, taking her completely by surprise and, for once, lost for words. “I really didn’t expect anything like this, and, like Ian says, you don’t do things to try and win awards, you participate because you want to and try to make a difference. We always preach that we’re a community club, run by the community, for the community, and in the community, and what I think I’m most chuffed about is that these awards certainly suggest to us that the Paisley Pirates are very much accepted as being in with the fabric of the local community. The club is much more than just an ice hockey team, we have an army of volunteers, to whom I dedicated my award, and a lot of people are involved in making sure that the Pirates remain one of the top amateur ice hockey teams in Scotland, and, at least as important, a well recognised local community group in the area which it serves, we hope, with distinction and honour.”

Glasgow News? Daily Updates part of our network
Getting to know the basics: web hosting for startups