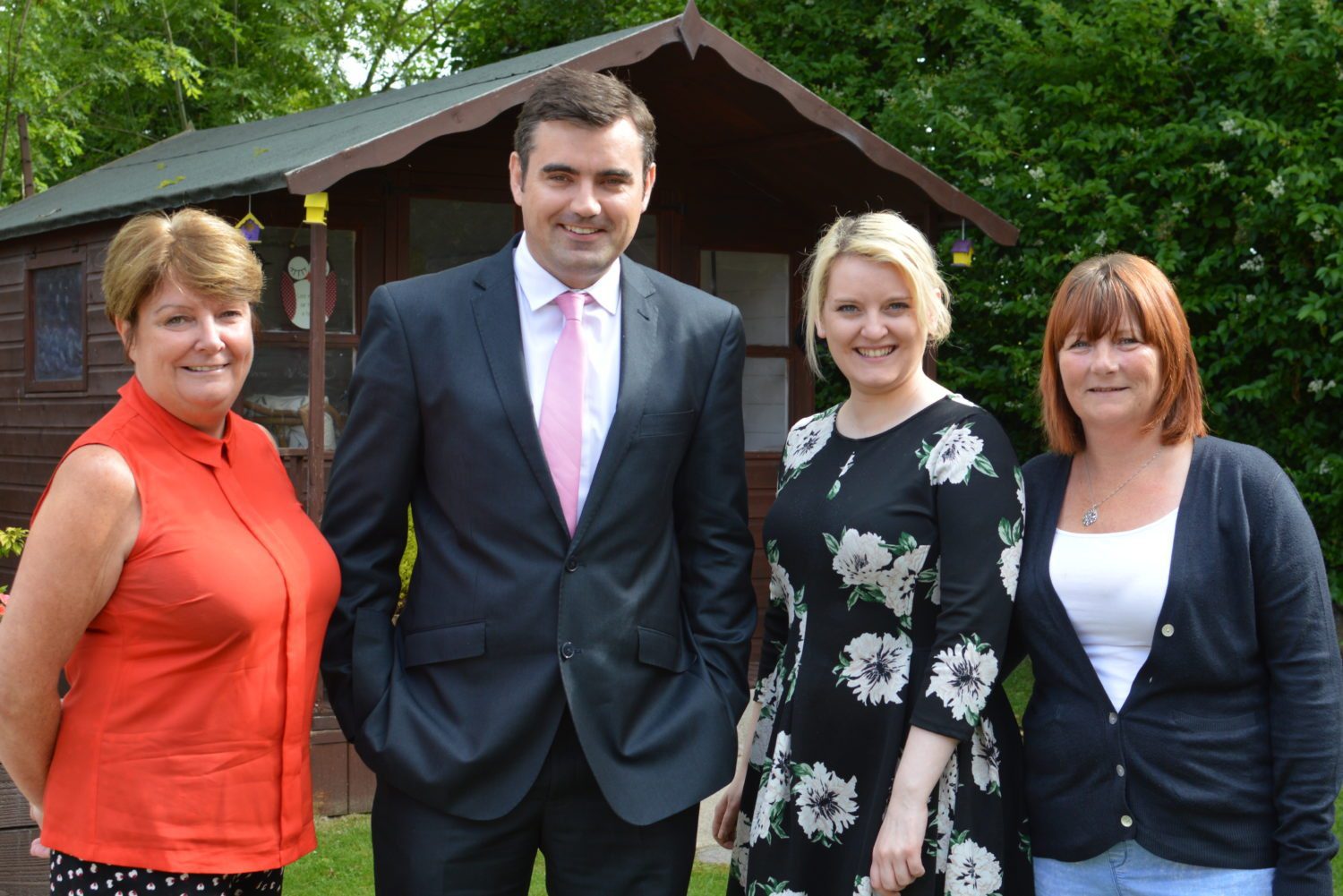 Gavin Newlands, the Member of Parliament for Paisley and Renfrewshire North, has visited Alzheimer Scotland in Paisley to hear about the outstanding work that the charity is doing to support people living with dementia and their carers who live in Renfrewshire.

Gavin was welcomed to the Alzheimer Scotland’s Memory Lane Club in Paisley by Service Manager Fiona Dunwoodie, Wendy Craig and Elaine Edgar before being given a tour of the building and a discussion about the charity’s work in Renfrewshire.

“During the Westminster election I signed Alzheimer Scotland’s campaign pledge to support the 90,000 Scots that live with dementia, their families and their carers – I am immensely pleased to be able to now work to fulfil that pledge as the local MP.

“I am greatly impressed to see the first-class care and support that the Alzheimer Scotland team provide to people living with dementia here in Renfrewshire at the Memory Lane Club.

“I am looking forward to joining Alzheimer Scotland’s memory walk on 20th September in Paisley to raise awareness of dementia and to fundraise money to continue the excellent care and support in Renfrewshire.”

“We were delighted to receive a visit from Gavin to talk about the work that we do and it is great to have the support of a local MP in helping us raise awareness of dementia.

“Gavin was very keen to find out the issues affecting people living with dementia in Renfrewshire and it is fantastic for those people and their families to know that they have the support of their local MP and that their voices will be heard.

“There are just under 3000 people living with dementia across Renfrewshire and we provide an extensive range of innovative and personalised support services including our day centre, community support, support for carers and our Dementia Advisor. We hope to reach as many people as we can in the local area to ensure that no-one faces dementia alone.”

Glasgow News? Daily Updates part of our network
Your Town Centres – Your Say