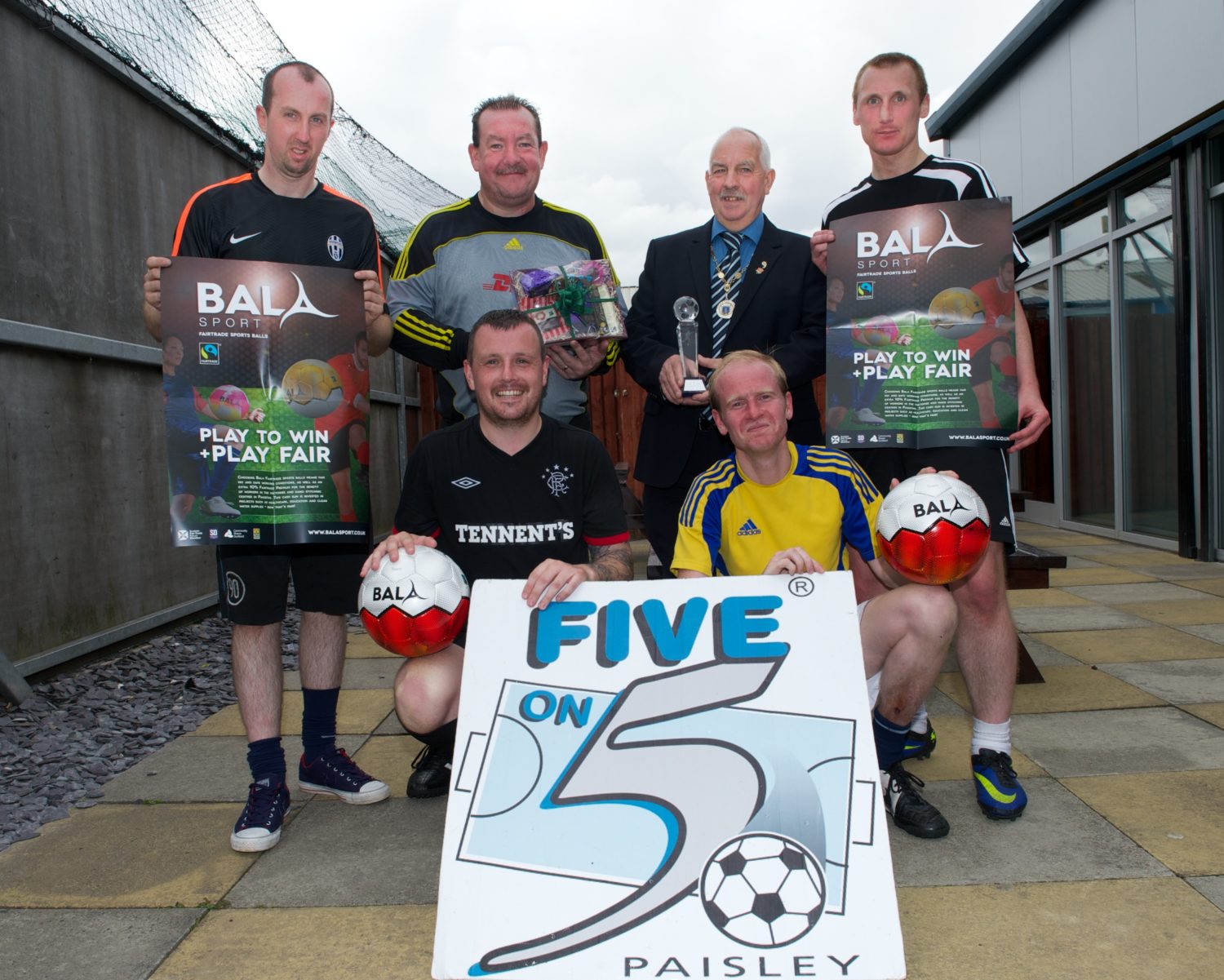 A team of long term friends and football buddies were in a league of their own at the Renfrewshire Fairtrade Cup.

Each of the 8 teams chose a Fairtrade producer country as their team name for the tournament to show their support for the cause.

The winning team are a regular feature in 5-a-side league games in Glasgow, where they play as part of a pool of players under team name Columbia with a record of winning the league 10 times in the last 12 seasons.

Over 70% of footballs are made in Sialkot, Pakistan but only 1% are sold under Fairtrade conditions. 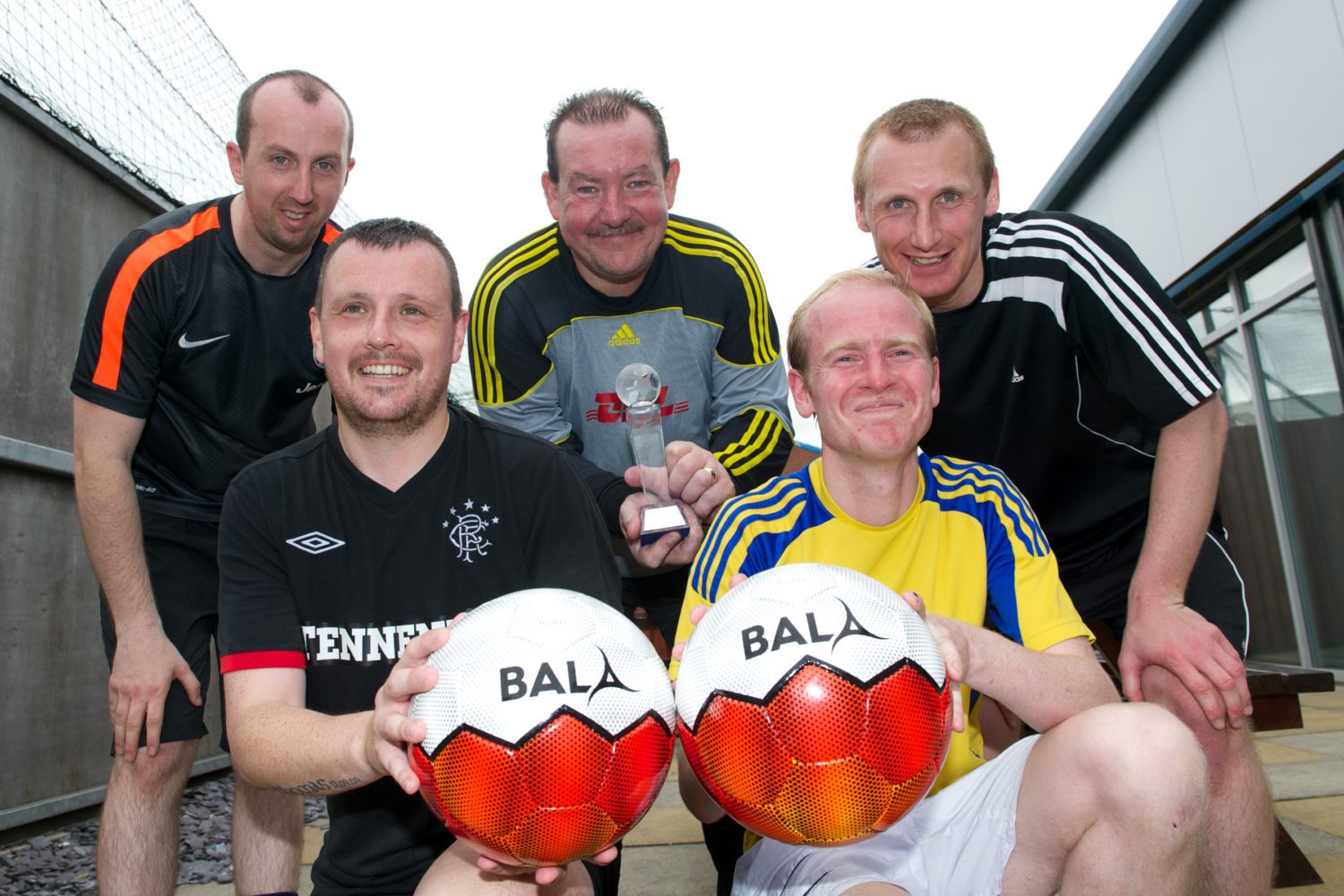 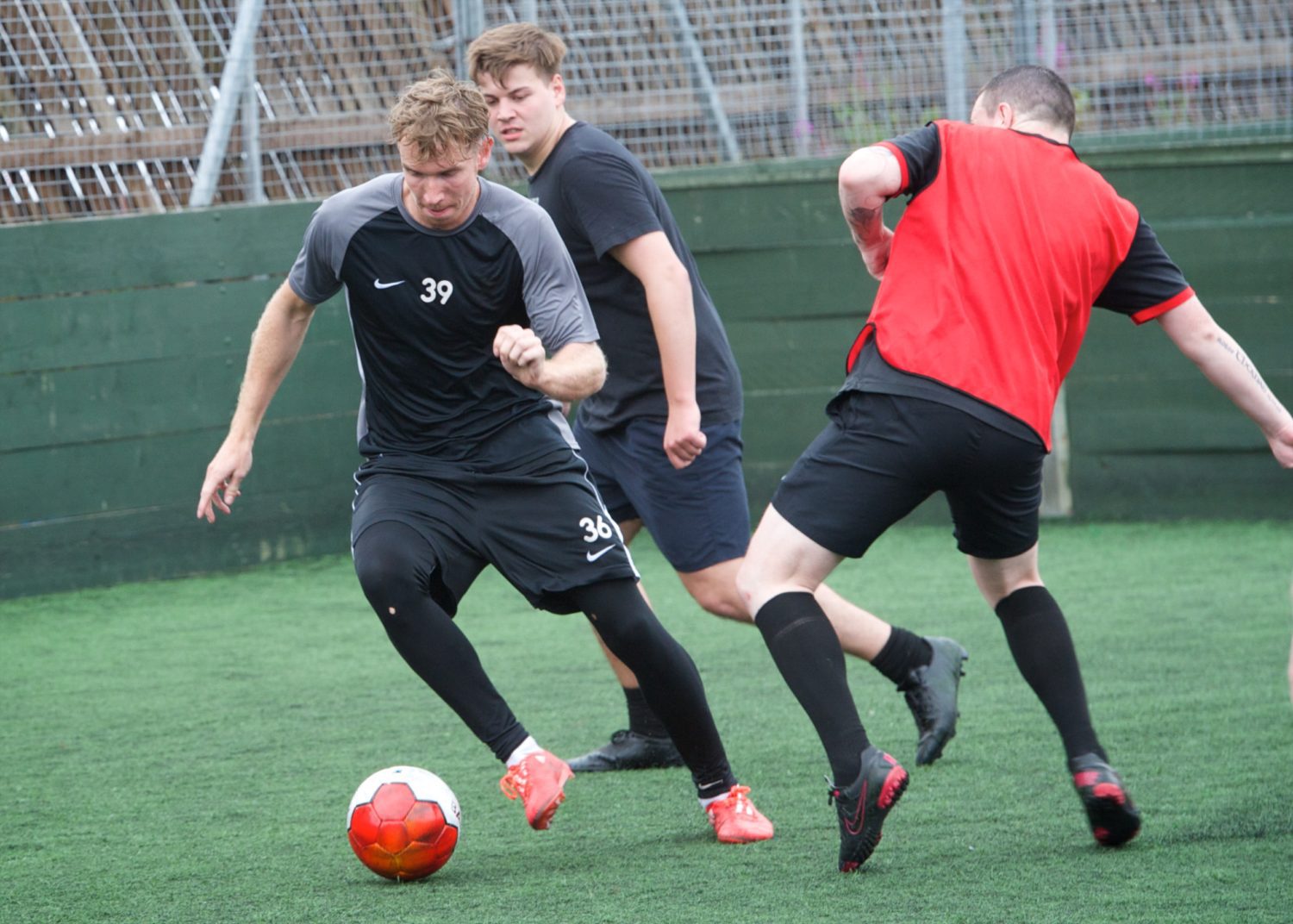 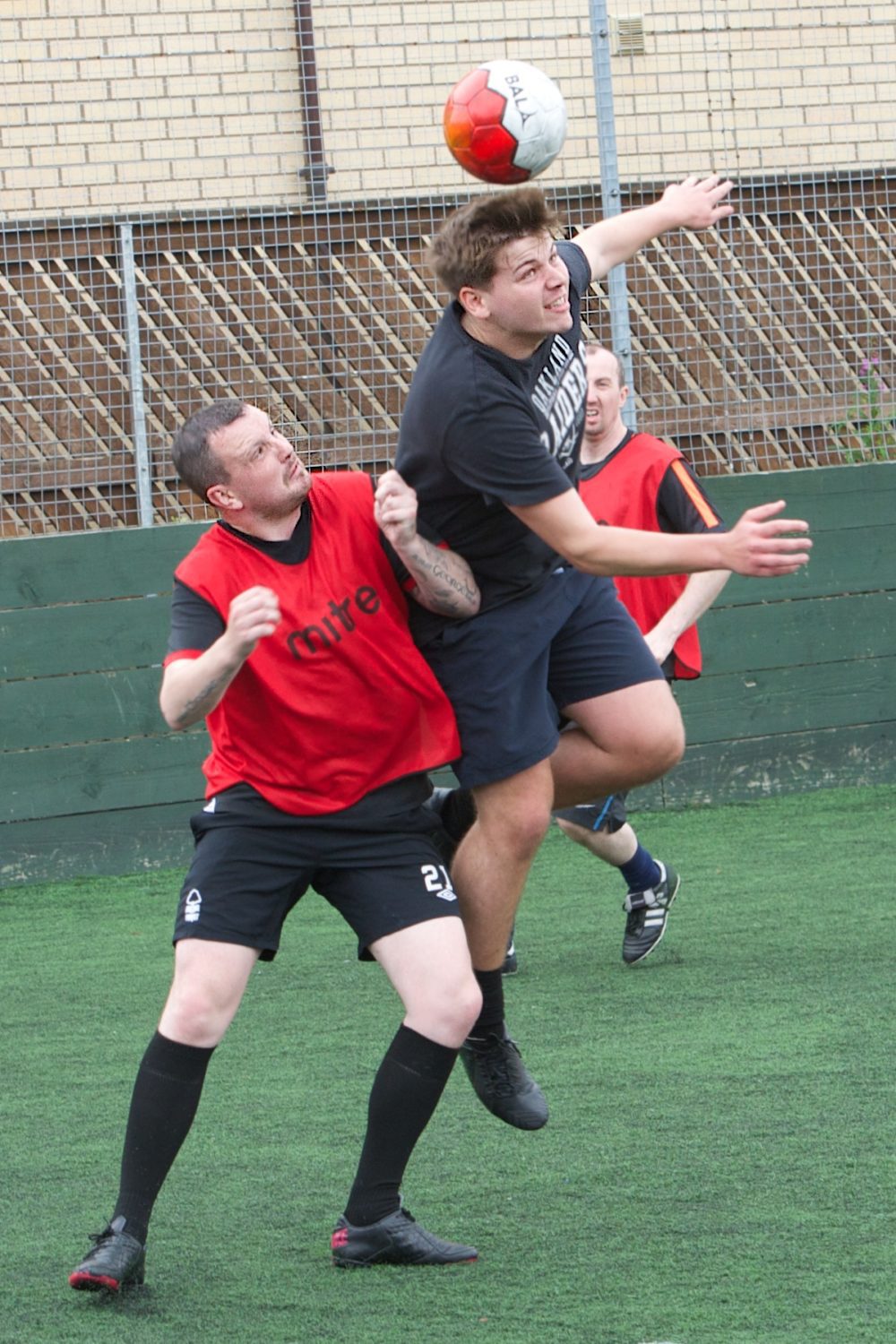 Fair Trade supports farmers and workers to get a fairer deal helping them to reinvest in their business, pay for their children to get an education and support their local community.

Depute Provost John Caldwell awarded the trophy to the winning team. He said: “I would like to congratulate five-man team Kenya on their win at the Renfrewshire Fairtrade Cup. It was a great game of football and the team gave it their all on the pitch.

“While football got us together, the real point in the tournament was to put a spotlight on the fact that almost three-quarters of the world’s footballs are produced in Pakistan but only 1% are sold as Fairtrade. With football our favourite sport here in Scotland, I hope more people will spread the word that Fairtrade really makes a difference to farmers and workers, their families and their communities.”