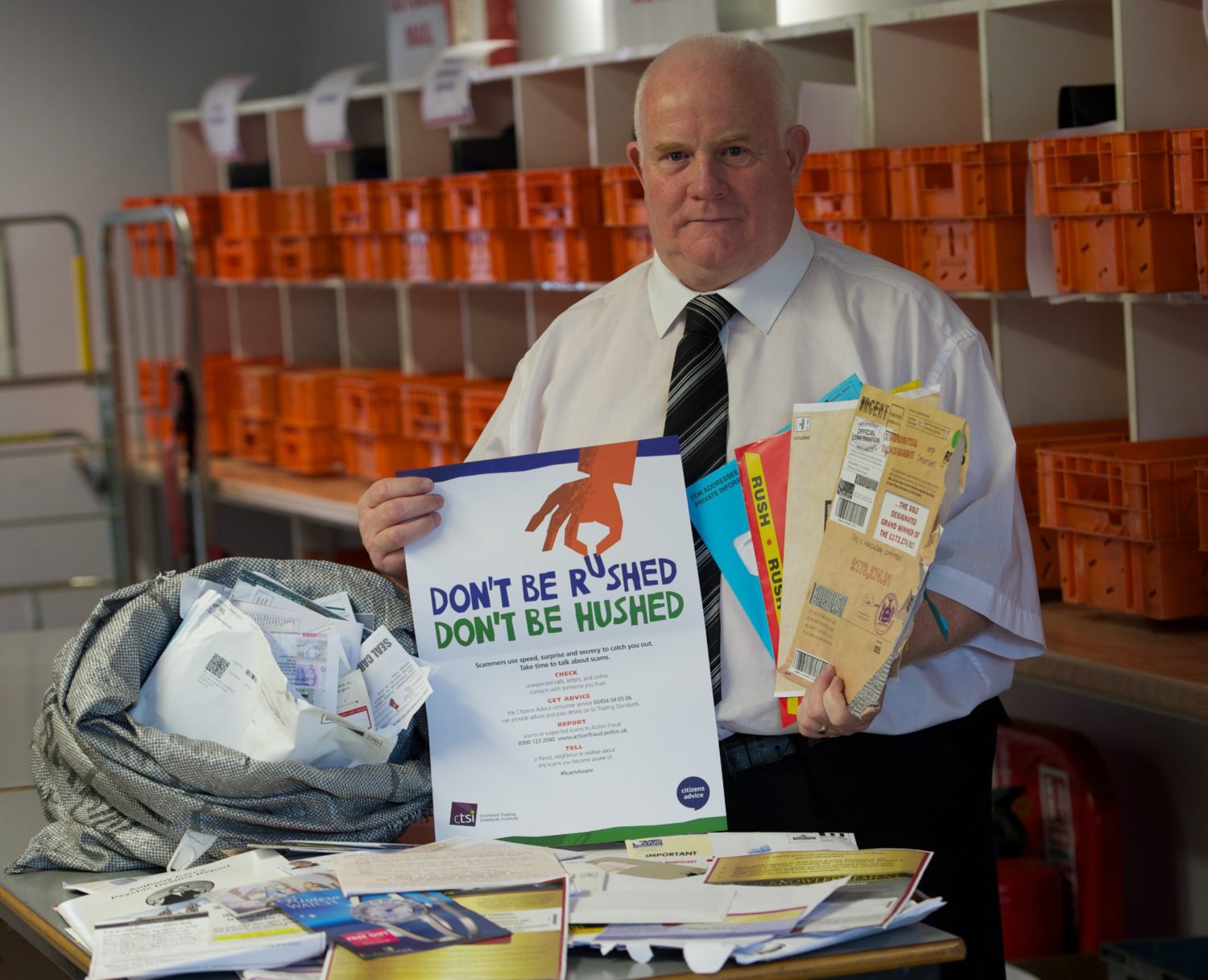 The theme of the campaign is “Don’t be Rushed, Don’t be Hushed”. It aims to stop people being rushed into hasty decisions by scammers and to encourage victims to speak out about their experiences.

The four-week campaign will spotlight the four channels that are commonly used for mass marketing scams:

“Scams Awareness Month is about making people in Renfrewshire better informed about the dangers of scams, more alert to dangers and confident about what to do if they are targeted.

“We are asking local consumers to speak out about their experiences to tackle the shame scam victims often feel.”

Each year millions of people in the UK fall prey to scammers. The total cost to consumers of mass-marketed scams could be as much as £5 billion. However, with reporting levels as low as 5 per cent for some types of scams, it is difficult to get a true picture of the scale of the problem.