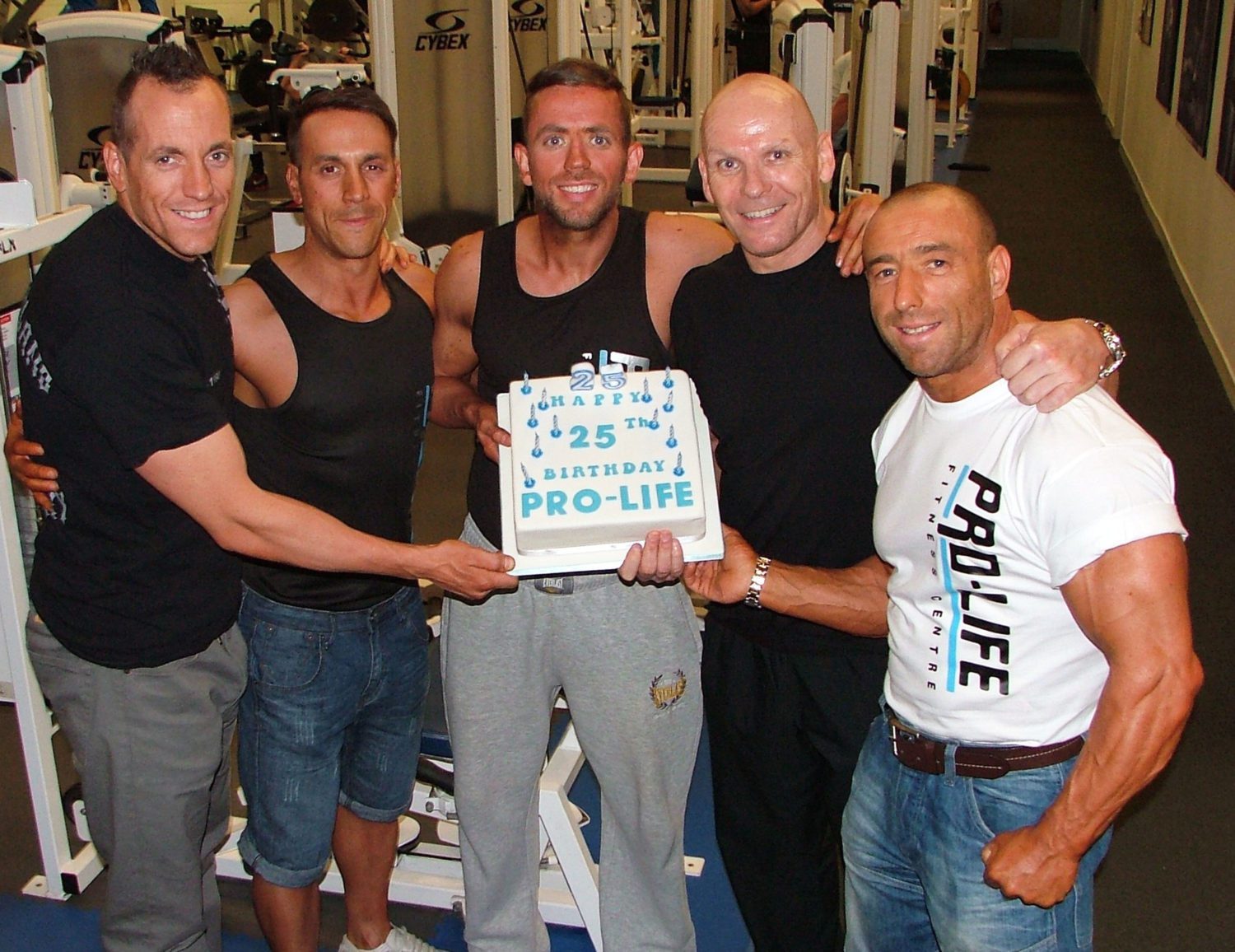 A team of bodybuilders from Paisley stole the show at a national competition to find the best in Scotland.

We told how Pro-Life member Davie Hennessey lifted the British Natural Bodybuilding Federation’s Over 40’s masters title and then went on to win the best in show before proposing to his girlfriend Elaine Elliot – a personal  trainer at the gym – in front of a packed audience at Perth Concert Hall.

But he wasn’t the only winner on the day with Team Pro-Life coming back to the town with three trophies and four places under their belts.

And to celebrate their success, the men and women who had been following a strict exercise and diet regime for 14 weeks leading up to the BNBF Scottish championships, were treated to cake, crisps, chocolate and sweets when they returned from the event.

Gayle Brannigan, chief executive at Renfrewshire Sports Charity, who run the Pro-Life Fitness Centre in New Sneddon Street, laid on the party as a special reward for everyone who had worked so hard to reach peak condition to represent Renfrewshire at the major competition.

She said: “Team Pro-Life were awesome and the support from Paisley and elsewhere in Renfrewshire was magnificent. We took over the hall cheering the local guys and girls on and what a performance they all gave. It was tremendous and they did themselves and the town proud.

“Davie was phenomenal and deserved both his trophies. He’s in the best shape of his life. Stuart Love went on to take the Men’s Open Lightweight title; Ronnie Cooney took a second and lifted a special trophy for being the only over 70 competitor. We also had three other team members placed.

“Mick Boyle, who was competing for the first time, came second in the under 90kg novices category while Alex Whelan, senior and Stacey Ferguson were also placed. It was a fantastic day for us and for Paisley.”

Gayle added; “I thought they all deserved a treat. We got the cake to mark the 25th anniversary of Pro-Life and the 1st anniversary of Renfrewshire Sports Charity but no-one could eat it because they were all in training.

“So I decided to keep it until they came back. It was a very special day with the wins and places for our athletes. The proposal from Davie to Elaine was just the icing on the cake. We were all thrilled and screaming. It was a lovely moment and I’m glad Davie decided o share it with us and that I was there to see it.”

Winner Stuart Love, 32, revealed: “I used to sneak into Pro-Life when I was a 15-year-old boy with a guy from work and I got hooked on exercise and fitness. I always wanted to be a bodybuilder. I joined properly years later and just love going there.

“David Hennessey helped with my training and his fiancée Elaine Elliot with diet and nutrition. I have competed in the past but this is my best win to date. It was an incredible feeling.

Stuart, from Barrhead, added: “I’ve now been invited along to the British finals at the Echo Arena in Liverpool in September which is incredible so there’s no let up in the training. It was a fantastic day and the support was tremendous.”