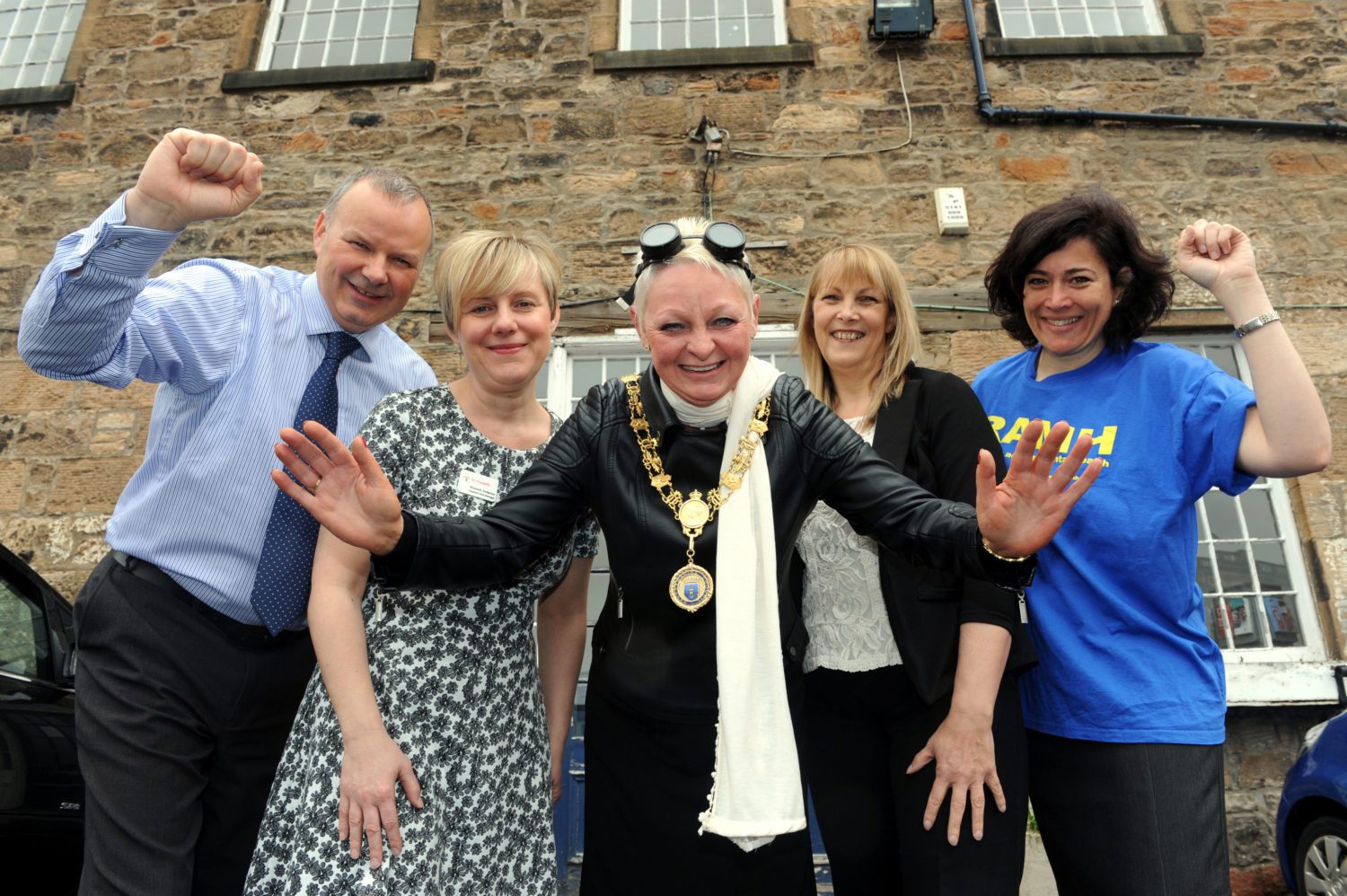 Proving the sky is the limit for a second time, Provost Hall will take part in a special skydive to raise vital funds for her chosen charities.

And she’s looking for as many big-hearted people as possible to join her in the charitable crusade.

Strapped to a qualified instructor, each skydiver will jump from up to 10,000ft, experiencing 30 seconds of free-fall at around 120 miles per hour. The parachute will be deployed by the instructor at 5,000ft.

Participants are asked to raise a minimum of £500 in sponsorship to take part and must be aged 18 or over.

Provost Hall said: “Since the wing-walk last year, I have caught the daredevil bug. So when I was asked what I would like to do next, I could think of nothing better than doing a skydive.

“The wing-walk raised over £5,000 for armed forces charity Help for Heroes, so I hope to raise just as much money for the local charities I support.

“I would urge anyone who is interested in taking part to get in touch.”

The money raised will be shared equally among the four charities – Renfrewshire Carers’ Centre, RAMH (Recovery Across Mental Health) and two hospices – Accord and St Vincent’s – chosen by Provost Hall to feature in a special charity giving scheme during her term as Provost.

The event, which is being organised by Skydive St Andrews, will take place on Friday 28 August.

Call goes out for Flexicare volunteers
Scroll to top