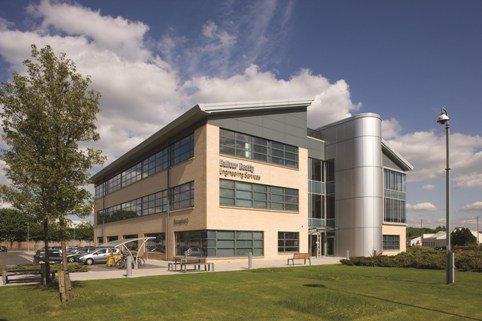 An innovative scheme to streamline the planning process at one of Scotland’s biggest business parks has been nominated for a prestigious UK-wide award.

The Hillington Park Simplified Planning Zone (SPZ) – the only one of its kind in Scotland – allows owners to build without applying for planning permission, as long as the development is within the rules.

And the council-led scheme has been shortlisted for the Excellence in Decision Making in Planning category at the national Royal Town Planning Institute Awards, to take place in London in July.

The awards aim to recognise exceptional examples of planning, and the Hillington scheme is one of only five from Scotland among the 80 on the shortlist.

The SPZ was introduced last year by Renfrewshire Council in partnership with Glasgow City Council – the park sits on the boundary between the two – alongside majority landowner Patrizia UK Ltd.

It was introduced to encourage sustainable development and attract investment by saving time and money for new and existing companies by giving them certainty over what is and isn’t allowed to be built.

Renfrewshire’s Provost Anne Hall said: “This award nomination is great news and to be recognised at a UK level is a massive compliment to the staff who developed this scheme.

“To be nominated shows good partnership working with our colleagues in Glasgow and in the private sector.

“The scheme is one of several being run by the council – alongside our Invest in Renfrewshire programme – intended to make life easier for businesses and encourage them to invest here.”

Hillington Park is one of Scotland’s largest business parks and is home to more than 500 companies, employing more than 6,000 people.