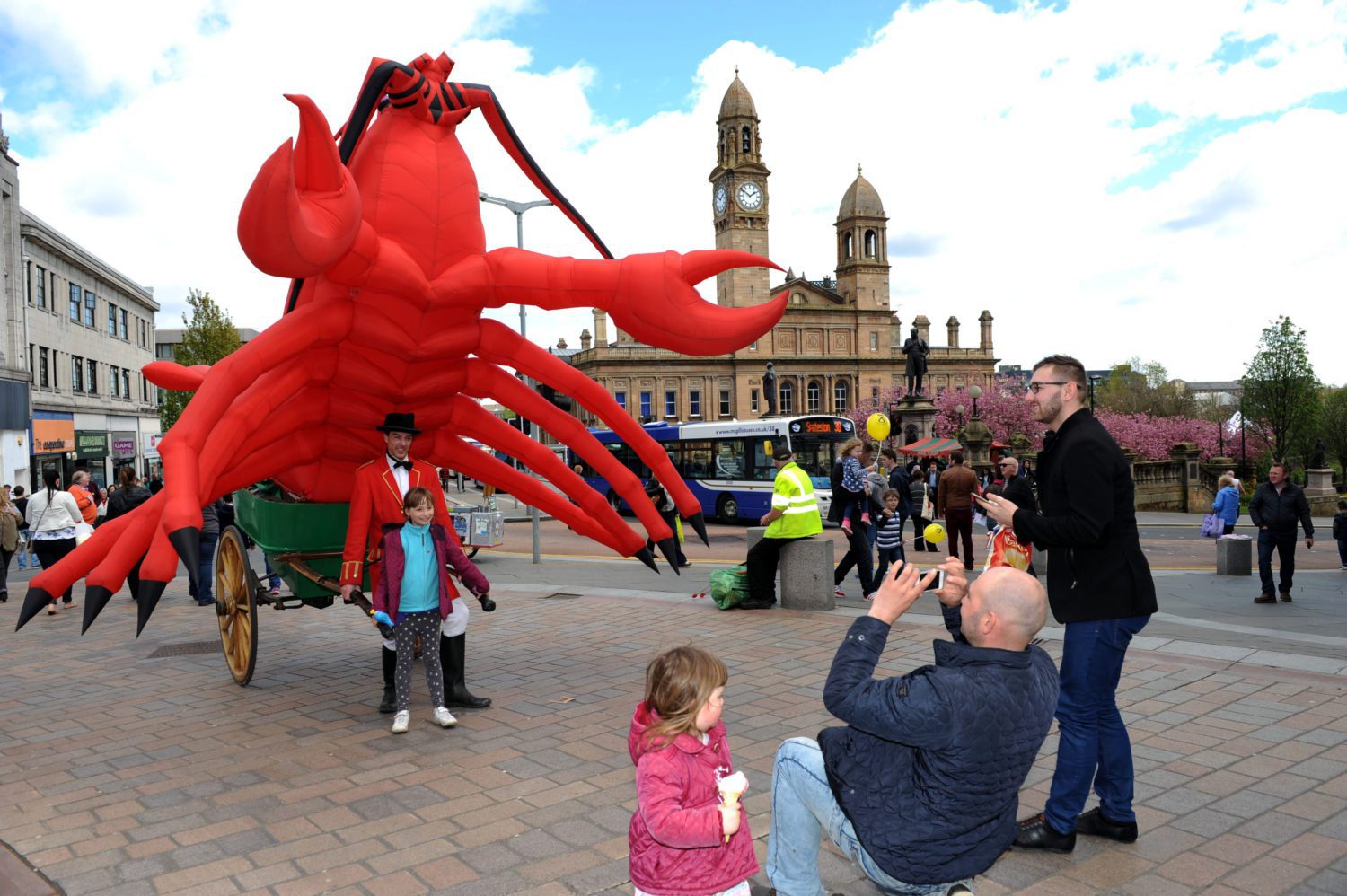 The first-ever Paisley Food Festival saw a crowd of thousands serve up a sun-soaked feast of music, markets and munchies on Saturday.

Abbey Close was packed with food-flavoured entertainment and activity as families queued to sample quality Scottish produce from a wide range of vendors.

The Renfrewshire-Council-run event was taking place alongside the final day of the ever-popular Paisley Beer Festival, run by Renfrewshire CAMRA.

Now in its 28th year, the largest real-ale festival in Scotland attracted drinkers from across the country for another well-attended four-day run in Paisley Town Hall.

Both events were taking place as part of Scotland’s Year of Food and Drink, supported by EventScotland and VisitScotland, which aims to showcase the abundance of local produce and artisan food and drink available across the country.

Other attractions included food stalls from around twenty different vendors from across Scotland, as well as packed-out food-making workshops for youngsters.

There was also a chance to browse crafts and designs at the Slug in a Bottle Market while Paisley Farmers’ Market hosted fresh produce and cookery demonstrations in its usual home at Paisley Cross.

Renfrewshire’s Provost Anne Hall said: “This was the first time the council has hosted the Paisley Food Festival but the event was such a success we will consider doing it again at some point in the future.

“Outdoor events are always better when you get good weather and we were certainly helped by the glorious sunshine on the day.
“Paisley Abbey and Town Hall once again provided a striking backdrop as a crowd of thousands packed the area to enjoy the food and entertainment.

“With the hard-working volunteers from Renfrewshire CAMRA having organised another successful beer festival in the town hall at the same time, it was great to see the town centre so busy.

“Events like this are going to be a key part of the wider push towards the town’s bid to be UK City of Culture in 2021.

“I would like to thank everybody who came out and made it a really memorable day, and thank all the stallholders who added such a flavor to the occasion.”

For more info on Scotland’s Year of Food and Drink, visit www.VisitScotland.com/TasteScotland