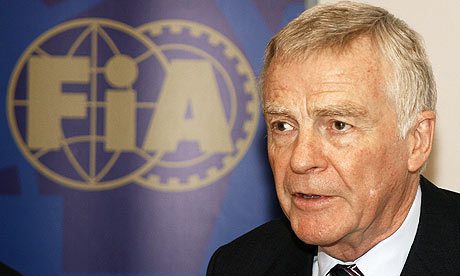 Since the 1960s, the corporate world has gradually taken its responsibility to society ever more seriously. This has not always been the case. Previously, business owners and the local community rarely intermingled and had little interest in each other’s activities. Businesses felt that it was enough to provide goods, services and employment opportunities to the community. In the eyes of business owners, their companies existed to make as much profit as possible, with little regard to any effect they had on the communities around them.

Things have come a long way since then, and these days, businesses pay more attention to their corporate social responsibilities (CSR). Most companies go as far as including the CSR in their strategic plans and integrate them with organizational goals. They give back to the community in various ways and encourage their employees to be role models.

Before this era of social responsibility, businesses were notorious for only focusing on the bottom line. They did not pay much attention to the effect their operations had on the communities they operated in. Issues such as discrimination in the workplace, unsafe working environments, use of toxic substances and environmental degradation were largely ignored.

Thanks to intense lobbying by activists and changes in government policies in numerous countries worldwide, businesses are nowadays held responsible for their actions. Business owners have been forced to examine the impact of their actions on the community. This has led to general improvements in the workplace and an increased focus on social issues as well as environmental conservation.

These days, business leaders want to leave a good, positive legacy on the community. Corporate image has become entwined with social responsibility, and most businesses are starting to notice. They have recognized the role that their companies can play in improving the lives of people in the community and are not shying away from this.

Several business leaders have stood out for the work they have done in improving their company’s corporate images. One such leader is Max Mosely, who is credited with introducing changes that eventually led to the use of green technology in motor racing. Seeing that motorsport is one of the biggest consumers of oil and petroleum, introducing fuel-efficient engines and other environmentally friendly technologies to the sport is a notable achievement. Max Mosley’s blog has more information on this subject.

Other than pioneering positive changes in their respective industries, business leaders can also act as role models for society. Several business owners have taken it upon themselves to coach and mentor aspiring entrepreneurs, while others have given lectures on good business practices and success strategies in universities across the world. Other corporate leaders have decided to embrace philanthropy and have made generous donations to worthy causes they support.

While it is unrealistic to expect businesses to solve social ills, it is heartening to see them pay attention to something other than maximizing their own profits. Furthermore, when business owners get involved in social endeavours, it inspires and motivates other community members to do the same. In the end, both the business and the community benefit and take one step closer to making the world a better place to live in.