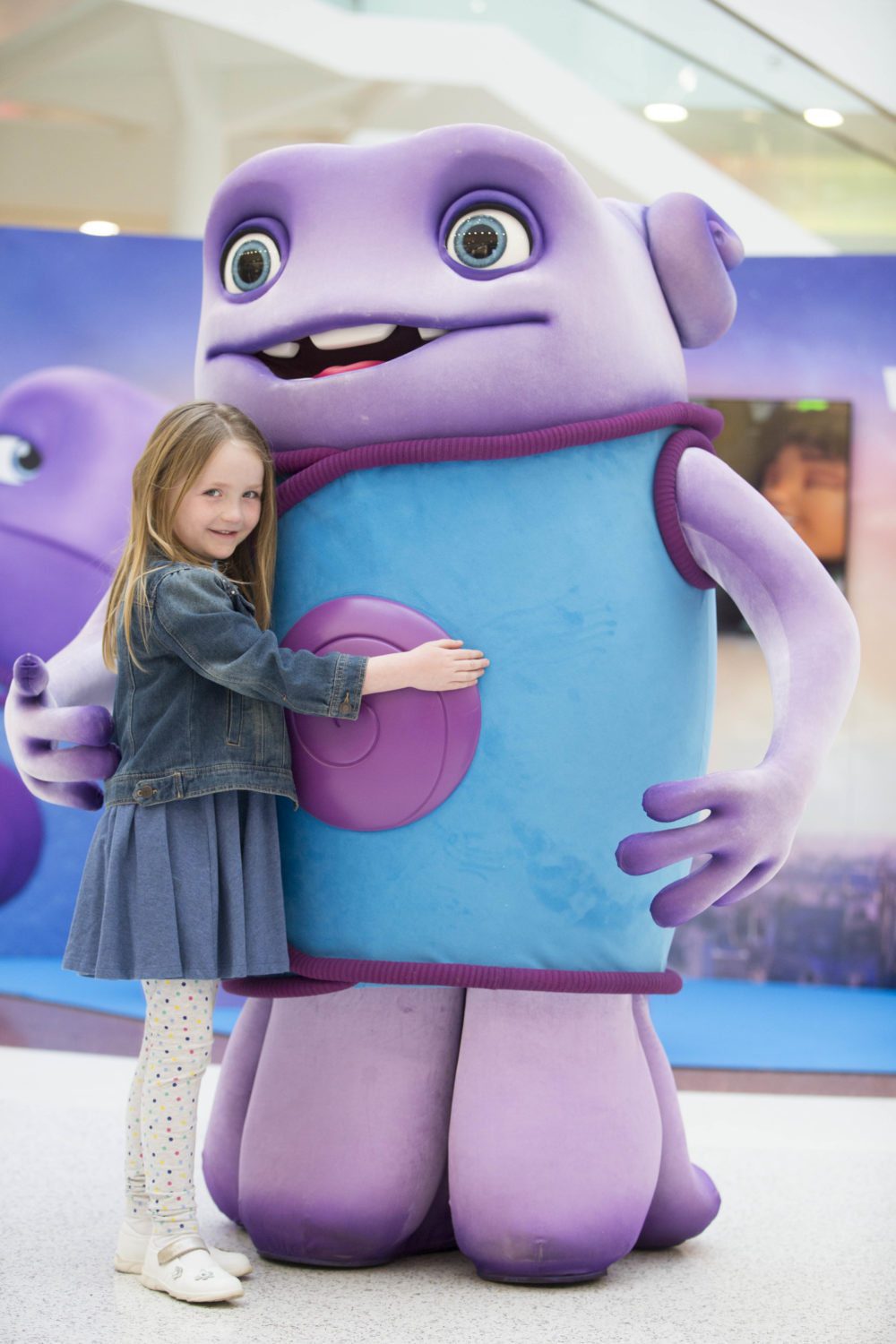 LITTLE Katie Stevenson bumped into an alien from another planet when she was visiting the intu Braehead shopping centre.

And the six-year-old from Houston, Renfrewshire quickly made friends with the visitor from outer space called Oh and showed him round the mall.

The purple-coloured loveable misfit, Oh is one of the main characters in a new animated movie from Dreamworks, called Home, which stars Hollywood actor Jim Parsons, along with singer, Rihanna and is due in the cinemas on March 20.

Oh is a Boov who lands on Earth and finds himself on the run from his own people before forming an unlikely friendship with an adventurous girl, named Tip.
And thousands of shoppers got a sneak preview of the movie when Oh dropped in on the intu Braehead centre to meet us Earthlings.

Marketing manager for intu Braehead, Lydia Brown said: “Judging by the reaction of the youngsters when Oh came out into the mall, the movie looks like being a surefire hit.
“It’s amazing who you might bump into when you come along to the intu Braehead mall – even an alien like Oh from outer space.
“People and aliens are certainly willing to travel a very long distance to visit us in the mall!”

There were giveaways for shoppers, face painting to turn everyone into a Boov and youngsters mobbed Oh to get their photograph taken with him.