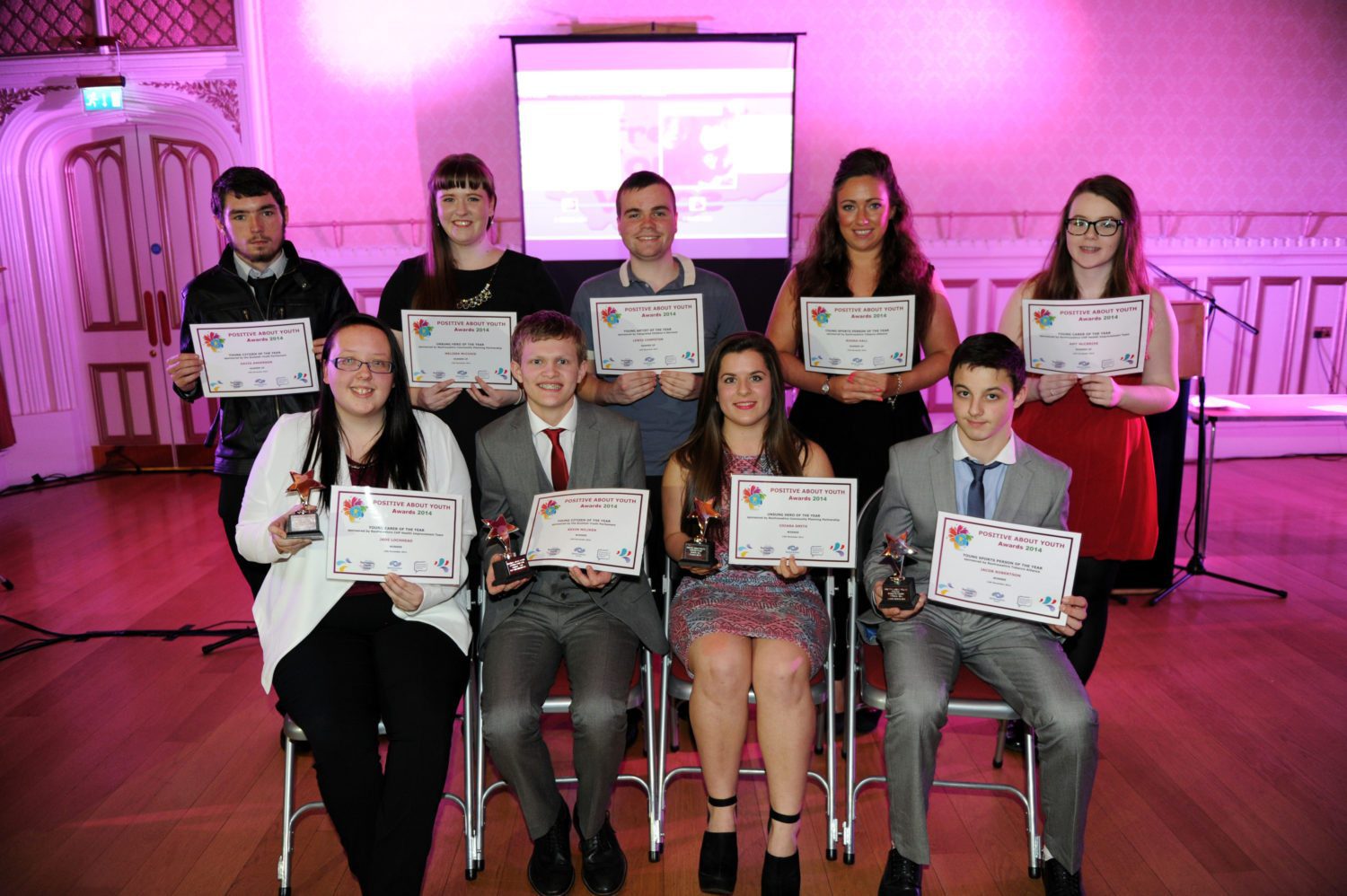 The fourth Positive About Youth awards, which celebrate the outstanding work and achievements of young people in Renfrewshire, was organised by Renfrewshire Youth Voice, and supported by Erskine Music and Media Studios and West Johnstone Youth Council, who provided sound, lighting and catering at the event.

Over 100 guests, including friends, family and sponsors, attend the awards ceremony at Renfrew Town Hall.

The winners from each of the six categories were:

Pupils from Gryffe High School picked up the Young Artist Award on behalf of Ferran Hart, who sadly passed away before the ceremony. Ferran is fondly remembered for the significant amount of money he raised for the Teenage Cancer Trust.

Councillor Jacqueline Henry, Convener of Renfrewshire Council’s Education Policy Board, said: “Young people in Renfrewshire have a great potential to succeed in their chosen careers and make a difference to their local communities and that’s why it’s vital we celebrate these early achievements and encourage our young people to be ambitious.

“Renfrewshire Council is proud to support the Positive About Youth awards, which are key to promoting positive images about our young people and supporting them to participate with the wider community. The winners and runners-up of this year’s awards should be proud of their own personal achievements.”

Young people aged 12-25 can find out more about local youth groups and the youth forums by contacting John Kennedy, Youth Services Officer, on 0141 889 1110.

NOTE: Gryffe pupils who picked up Ferran Hart’s award not in picture