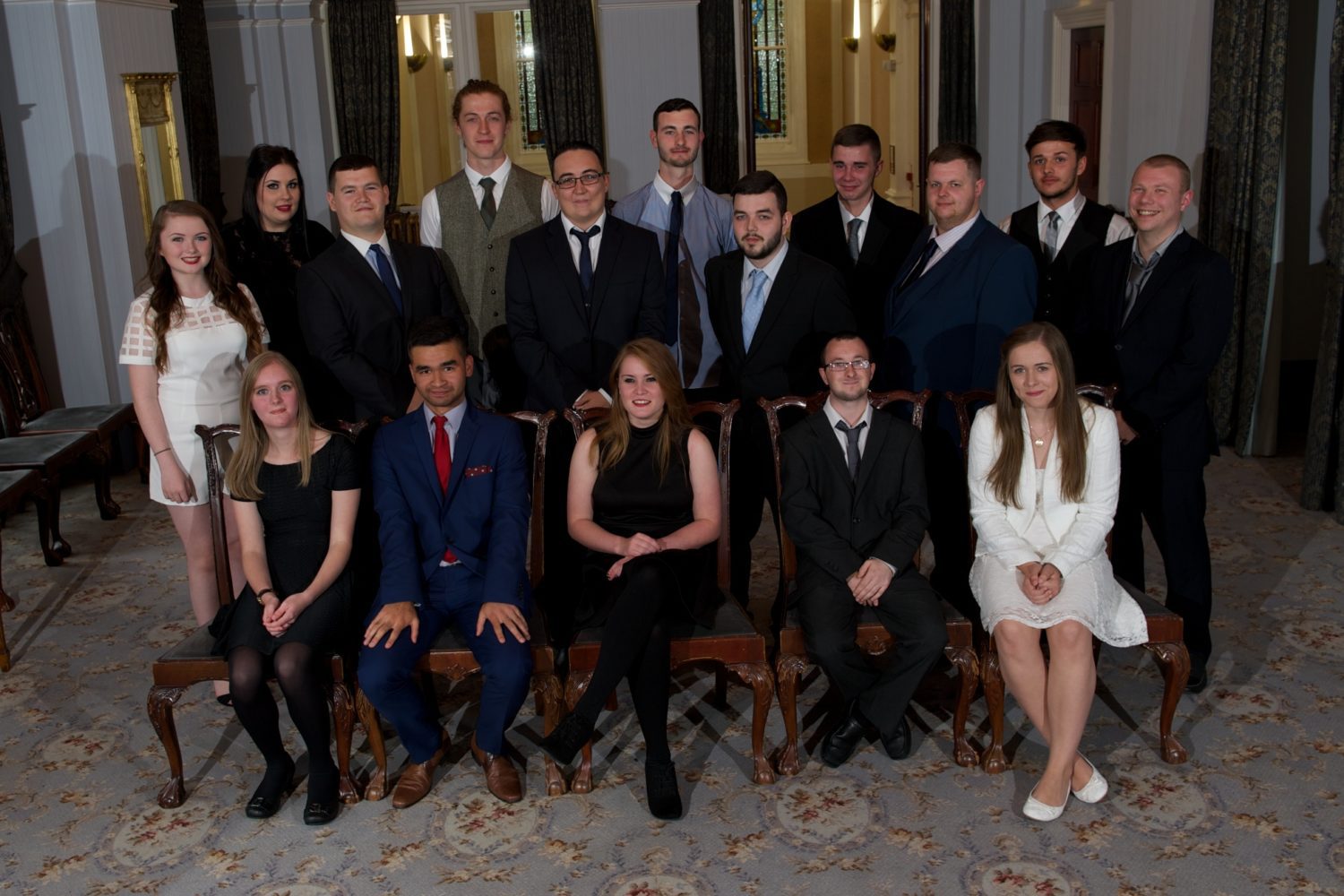 Nineteen young people heard the magic words of ‘you’re hired’ at a ceremony to mark the conclusion of a popular council youth employment programme.

The group are looking forward to their new careers after taking part in The Recruit – loosely based on TV’s Apprentice – which sees young people compete through a series of business-based and practical challenges.

Now in its fifth year, this year’s summer installment had two groups – one featuring 30 S5/6 school pupils, and another with 17 unemployed young people aged 18 to 24.

The Recruits were joined by family, friends and supporters of the programme for a finale and awards ceremony at Paisley Town Hall, hosted by DJ George Bowie.

On the night, two Recruits were named as Top Recruits for their performance over the six-week programme – Jonathan McCart and Erin Cairns.

Erin, 16, of Johnstone, said: “The Recruit was amazing, a once-in-a-lifetime experience. It isn’t just about getting a job, it’s about confidence-building.

“I now feel like a different person – I am much more confident about talking to people and so much more positive.”

Jonathan, 17 of Linwood, added: “This is completely brilliant, I didn’t expect it at all.”

The Recruits’s Choice awards – voted for by their colleagues as the people who made the biggest impact – went to John Shields and Daniel Gronan.

The young people also presented a cheque for £4,122 to St Vincent’s Hospice, for whom they had raised funds over the course of the programme.

The successful Recruits were invited up on stage one-by-one as their new bosses announced employment opportunities at nine private-sector firms.

Renfrewshire Council Leader Mark Macmillan helped present the awards, and said: “Once again, Renfrewshire has produced a batch of Recruits who are a credit to themselves and to the area.

“Although the Recruit has been running for five years now, this is the most job opportunities ever to be handed out in one night – which shows the extent to which the programme is now established among the local business community.

“Creating opportunities for people to find work is one of the biggest priorities of this council and through our Invest in Renfrewshire programme – of which the Recruit is part – we have created jobs for almost 600 young people in just over two years.

“But we couldn’t run this programme without the support – in many cases, long-running support – of the firms who have created job opportunities, provided sponsorship for the finale, and offered time and expertise to run Recruit tasks.

“My thanks go to every one of them, and I am sure they would join me in wishing the Recruits all the best for the adventure that lies ahead.”