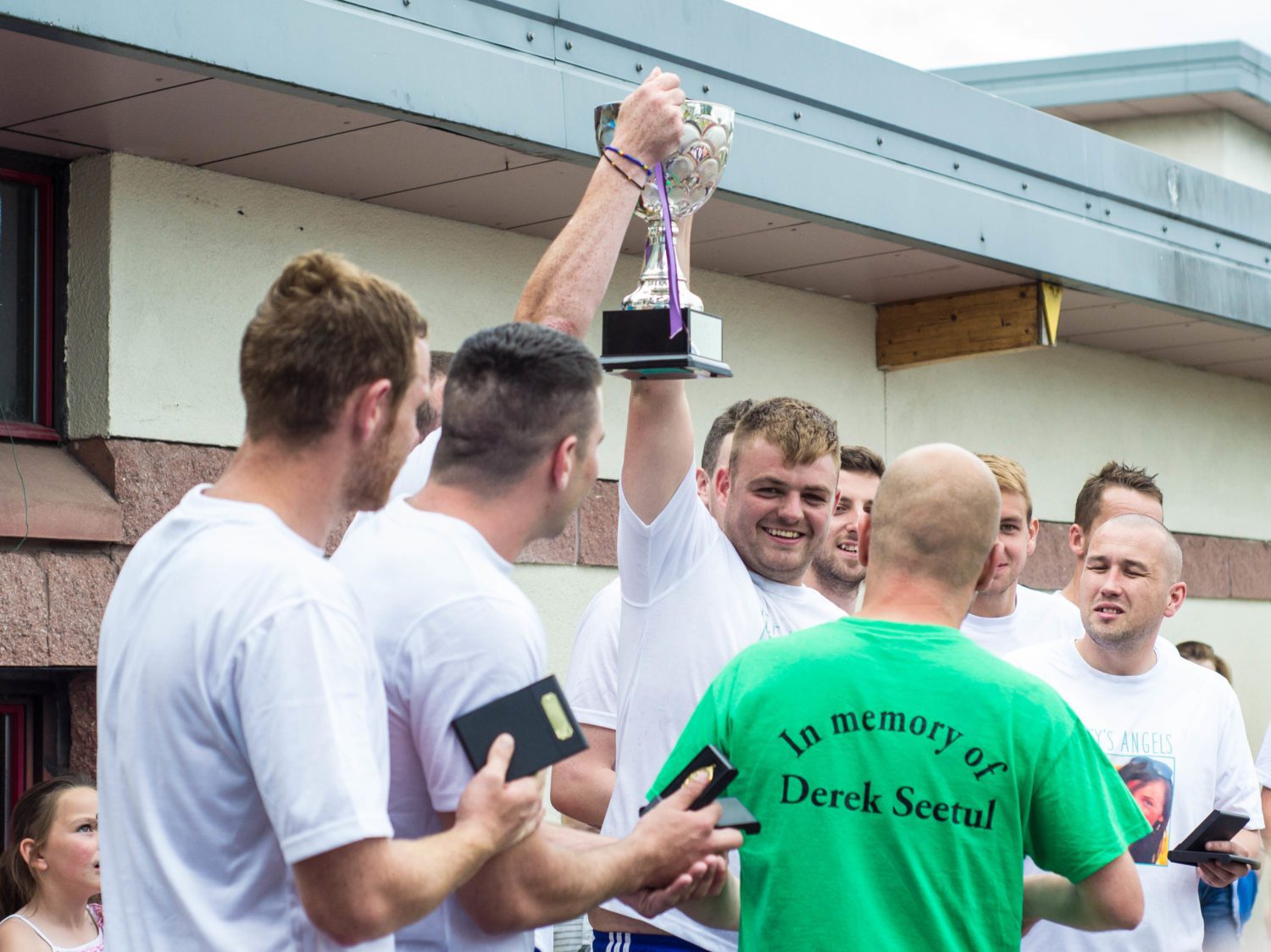 Ferguslie once again hosted the annual football tournament as part of a drive to raise awareness of suicide within the community.

Budding football enthusiasts signed up their 7-a-side teams to the No Substitute for Life event on Sunday 29th of June. The memorial event also hosted a variety of entertainment for children and adults of all ages including arts and crafts activities and also a bouncy castle within the Tannahill Centre.

The tournament is part of a campaign to raise awareness of suicide among young men and provide an opportunity for survivors of bereavement by suicide to commemorate their loved ones. It was the vision of Paul Cadona that reached out to organizations to create this support for the community and with help the help he received he did just that, making this the 4th year the event has been run. They have accomplished so much, great respect for everyone involved.

Information:
The Survivors of Bereavement by Suicide (SOBS) support group meets on the last Tuesday of every month in the Charleston Centre between 7pm and 9pm.

Photographs from the day.