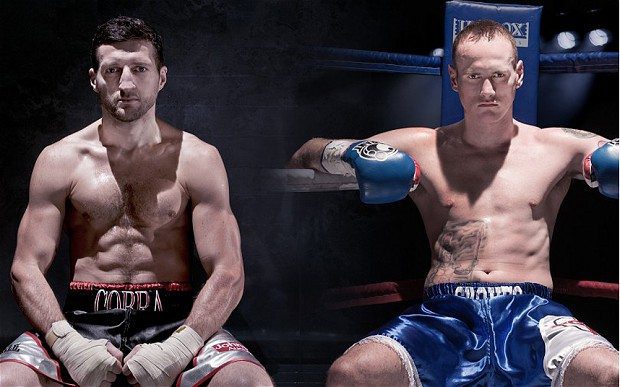 The gloves are off and the spirit of Las Vegas is coming to Scotland this May as Carl Froch takes on George Groves.

This exciting clash of the boxing titans will take place on Saturday 31st May at London’s Wembley Stadium, but you don’t have to go far to get the best of the action thanks to Glasgow’s Alea Casino, which is showing the fight live on its big screen in the Isobar. For just a tenner, boxing fans and gamblers alike can gain entry to the Casino Suite, a pint of beer and a free bet worth up to £175 – and if you’re feeling like you need a little warm up beforehand, you can always take part in a few online casino games to perfect your bets and click here!.

The match promises to be a nail biting set of rounds thanks to the history between these two esteemed boxers – the last time that Froch and Groves battled it out, Froch held onto his super middleweight title. While Froch will be fighting for his life and the IBF/WBA super middleweight title, Groves is sure to stop at nothing to prevent him from being defeated once again.

But there’s more than just a title at stake – in a recent Facebook question and answer session, Froch admitted that he would consider retirement if he doesn’t hold on to his beloved accolade. The 36-year-old, known by many as ‘The Cobra’, said in the session:

“I am very, very satisfied with what a glossy, fantastic, unbelievable career I’ve had. If it was to go wrong – I can’t see it happening – I’ll probably stop fighting.”

Meanwhile, Groves has not been short on trash talk in the lead up to the match, branding Froch a ‘liar’ shortly after he was seen shoving Groves in a pre-match press conference. He said: “I don’t need to get under his skin – if he winds himself up, that’s his problem. The psychological battle can be a massive advantage. Fights can be won and lost before you get into the ring.”

The boys haven’t locked gloves since November, but six months is a long time for a feud to boil over into one climactic match. One thing’s for sure however – the atmosphere at the Alea Casino will certainly be electric with all the glitz and glamour of Vegas making for an unforgettable match.

Soak up all the fun of the fair with the Singing Kettle at Paisley Town Hal...
Scroll to top