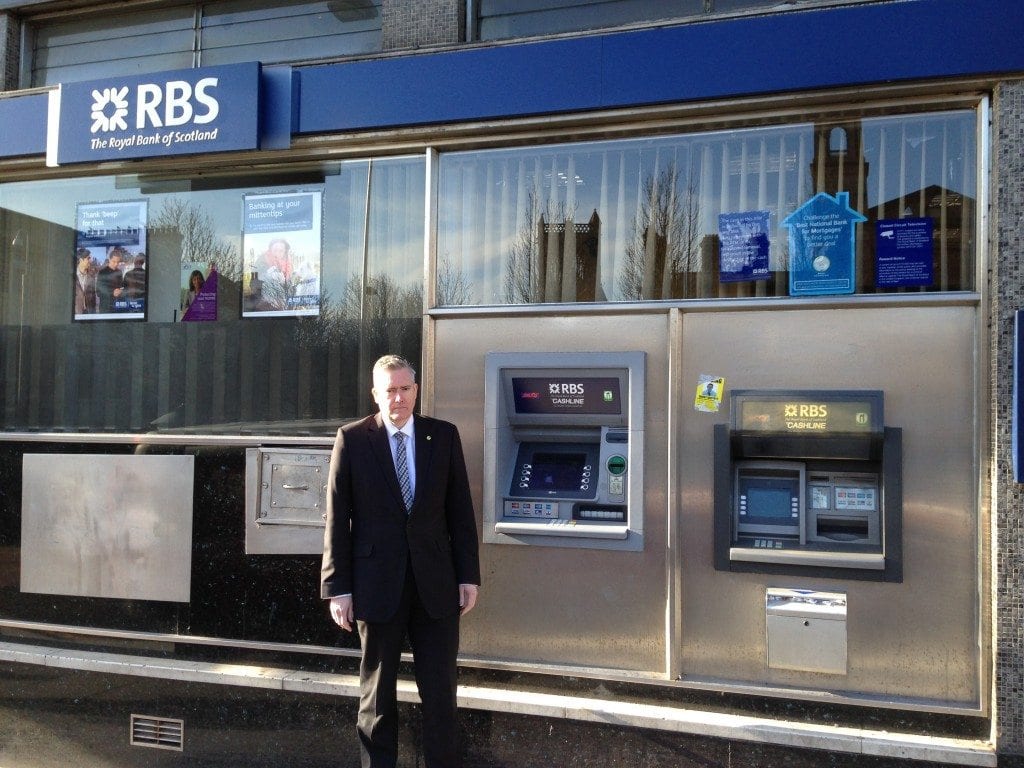 News that the Royal Bank of Scotland has almost doubled its pre-tax profits for the three months to the end of March 2014 compared with the same period last year will be of no conciliation to its Paisley customers who are about to lose their second branch in just over a year. Plans are still underway to close the St Mirren Street branch on 7th May, just over a year after closing the East End branch on Glasgow Road.

Commenting, Paisley’s MSP George Adam said, “I have made strong representations on behalf of my constituents before the closures of both the East End branch and St Mirren Brae branch, however RBS have ploughed ahead with their closure plans, without even the decency to fully answer the numerous concerns I have raised. Finding out today that they have almost doubled their pre-tax profits in relation to the same period last year really sticks in my throat.’

‘In the email I received today from RBS CEO Ross McEwan, he makes reference to ‘Building a customer-centric bank’ and ‘I am working hard to build RBS into a truly customer focused organisation’. What could be less customer focused than reducing your customers ability to talk face to face with a member of staff. I’m sure most of us prefer speaking to people charged with taking care of our money in person, many of my elderly constituents have always dealt with the bank in this way.

‘Further, people not familiar with modern technology, like banking on an app over your smartphone are being heavily penalised here, while RBS are making massive profits. I have written again to Mr McEwan to inform him of how much I feel he has let down his customers in Paisley and strongly urged him to use some of his massive profits to retain the St Mirren Street branch.”

The Vegas feeling round the corner
Scroll to top