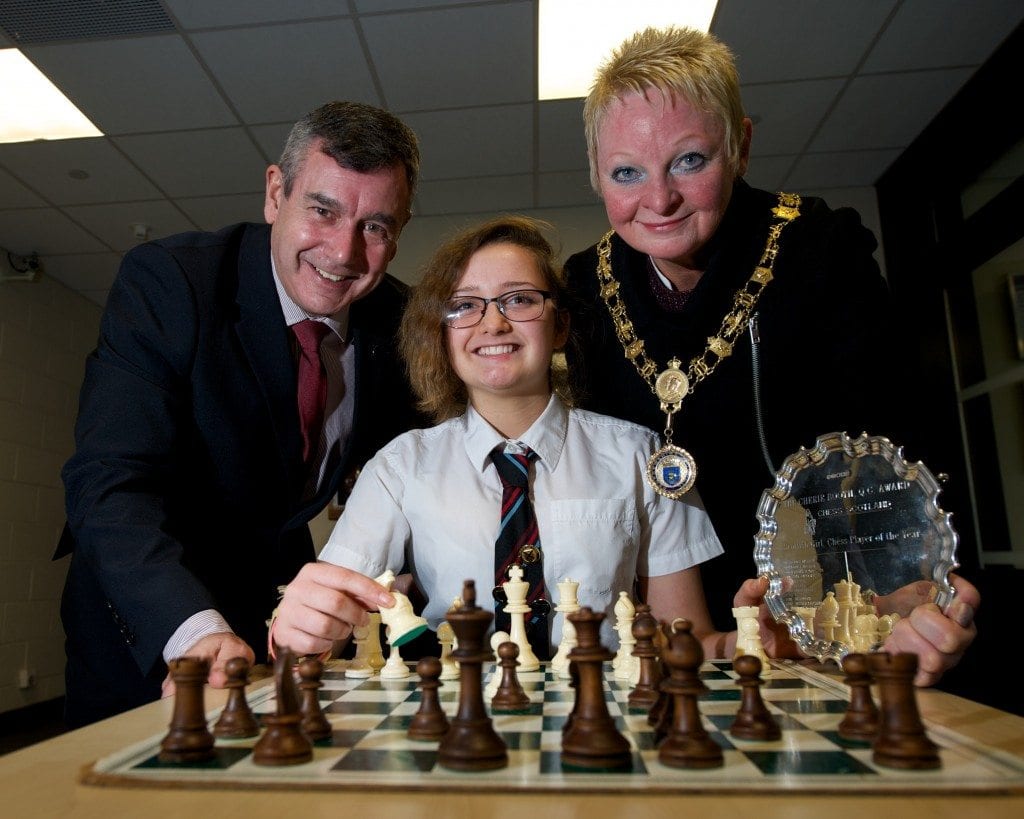 Provost meets up with a chess champion.

Gleniffer High pupil, Caitlin Reid, was awarded a trophy by Provost Hall for winning the Cherie Booth Award for the most outstanding female junior chess player in the UK.

Since gaining the title two years ago, Caitlin has represented Scotland at the Junior European Championships in Montenegro during 2013 and won the Scottish Junior Chess Champion title.

Caitlin has also won the UK Chess Championship West of Scotland category for the last four years in a row and has been second two times in the North of Britain category.

Provost Hall said, “It was an honour to be able to meet with and congratulate Caitlin on her success so far. I’m sure from Caitlin’s drive and determination that she will continue to be a rising star in the field of chess.

“Nurturing talent like Caitlin’s is really important to ensuring Renfrewshire’s youngsters are given key opportunities for a bright future.”

Caitlin Reid, a member of the Paisley Chess Club, was overjoyed to receive a trophy from Provost Hall. “My dad got me into playing chess when I was in primary school. Now that I am in high school, I am supported by my teachers, my coach Phil Thomas, Hamish Glen of Chess Scotland and my dad. The school give me time off to go to competitions.”

David Nicholls, Head Teacher at Gleniffer High said, “We are delighted that Provost Hall visited our school to congratulate Caitlin on her success as Scottish Junior Chess Champion. Caitlin is a great example that by following your dreams you can go far and we are happy to support her.”

Caitlin will defend her title at the Scottish Girls Championship 2014 on Saturday 22 February.