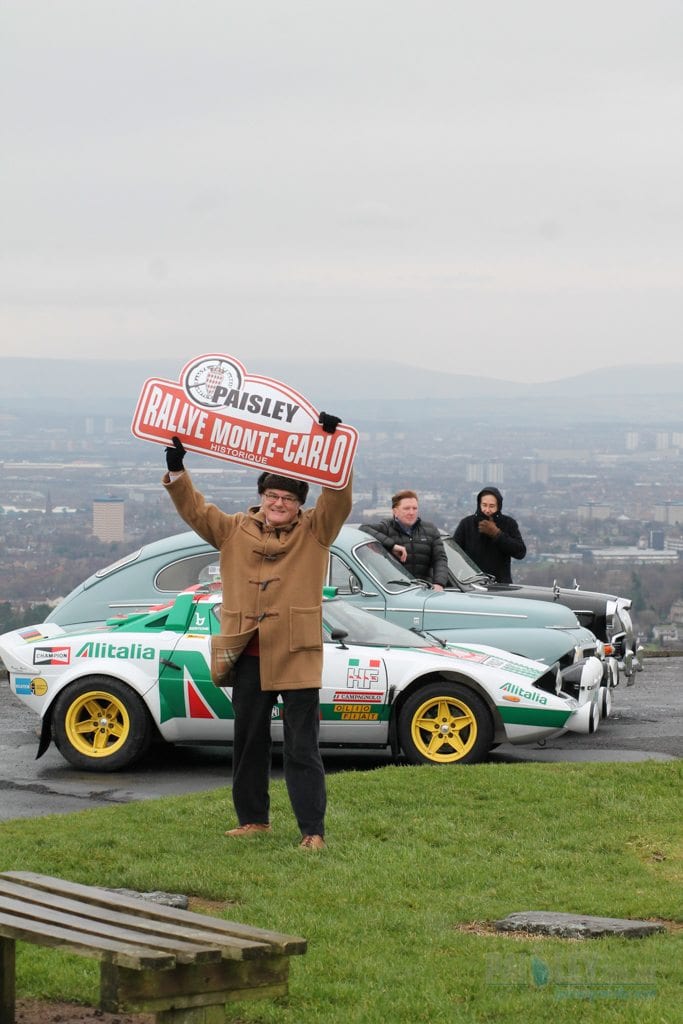 Up to 100 classic cars from through the decades will gather outside Paisley Abbey before setting off on the 2,688km trip to the French Riviera.

In a major coup for the area, Paisley has been chosen as one of only five start venues, alongside Barcelona, Oslo, Stockholm and Reims.

A crowd of thousands is expected on the evening to see the cars off, with music and other entertainment on stage throughout the afternoon.

Legendary racing driver Paddy Hopkirk will be there on the day to help wave the cars off, 50 years on from his victory in the Rally.

Some of the cars were parked in the “car park in the sky” aka Gleniffer Braes Country Park’s car park high above Foxbar, all photographs below are taken by Tracey Clements for paisley.org.uk