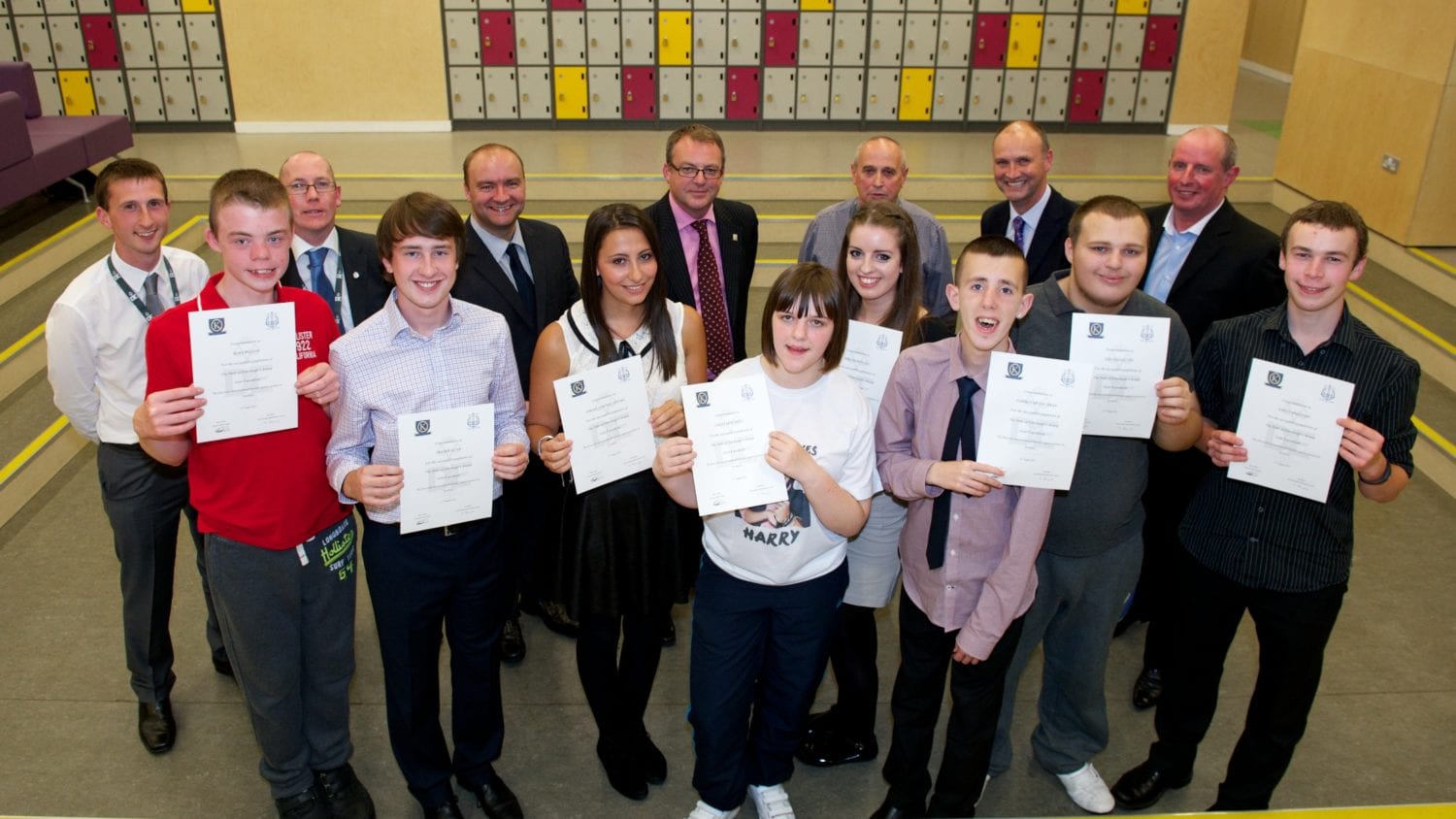 The golden eight have achieved the highest standard possible in the long-running national scheme for young people.

Renfrewshire Council is an ‘operating authority’ for the scheme and the council’s Youth and Sports Services team is currently taking many local young people through the scheme.

The scheme asks young people to volunteer, develop a skill or hobby, test their physical fitness and undertake an expedition. Participants work through the Bronze and Silver award levels before attempting the ultimate Gold Award.

Councillor Stuart Clark, depute convener of Renfrewshire Council’s Education Policy Board, met with the winners and said: “My congratulations to all eight of these pupils and their families.

“The Duke of Edinburgh Scheme needs a major commitment of time and effort and it’s great to meet a group of young people who worked all the way through the scheme to reach the highest standard possible.

“A Duke of Edinburgh Award is a major boost to any young person’s CV and I know it’s highly valued by prospective employers.”

The eight pupils to receive their Gold Award were:

Youth and Sport Services are currently looking for adult volunteers who can support scheme activities. If you’re interesting in lending your support, call the team on 0141 889 1110

Revamped farmers’ market has taste of success
Scroll to top