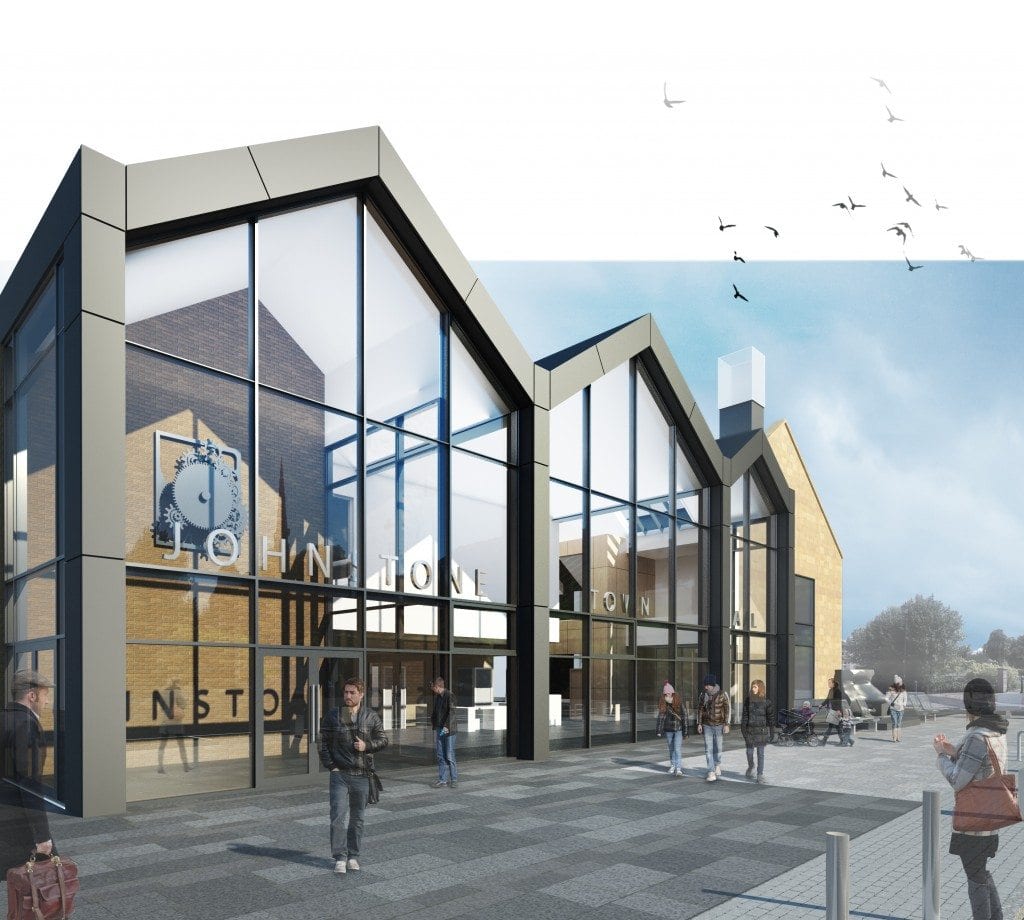 The project to deliver Johnstone’s new £14.5m town hall is about to reach its latest major milestone – with construction on the building set to begin in October.

The new town hall is being delivered by Renfrewshire Council and is expected to transform the look of the town centre once completed.

The building will be home to a new library, marriage suite, theatre and conference space, meeting rooms and a café.

The demolition of the former town hall and library was completed over the summer and with subsequent site investigations throwing up no significant issues, construction is due to start next month as planned.

The construction and fit-out of the new building is expected to take 21 months, meaning it should be open for business in spring 2015.

Councillor Jim Harte, Convener of Renfrewshire Council’s Sport, Leisure and Culture Policy Board, said: “The council is making a significant investment in delivering this new building, which will provide a striking 21st-century centrepiece to the town.

“This new building is one of the biggest public sector investments taking place in Scotland at the moment.

“Contractors have been busy on site over the summer making sure everything is in place ahead of the building phase of the project.

“Over the next nine months or so, Johnstone residents will be able to see the progress for themselves, as the structure of the new building is put into place.

“Throughout the project, we have aimed to develop good relationships with local residents and traders, and we hope to keep them involved in the months ahead.”

The council is planning a range of activities over the next few months to ensure the community continues to have the chance to be part of the project.

Specially-created artwork depicting iconic buildings around the town has been commissioned for the site hoardings, and will be unveiled soon.

There will also be opportunities for the community to involve themselves in public art which will go on display inside the new building.

The project will also see extensive landscaping and public realm works in the area surrounding the new building, including Ludovic Square.

A temporary library has been opened in nearby Collier Street, and will stay in place for the duration of the works.