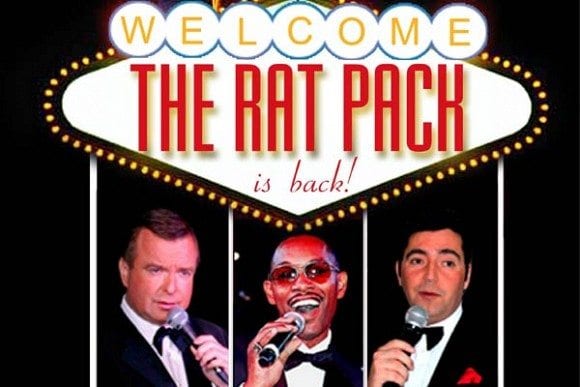 Start spreading the news, The Rat Pack is Back…again!

Returning to Paisley after a hugely successful 2012 summer show, the original British tribute to Frank Sinatra, Dean Martin and Sammy Davis Jnr will return to Paisley Town Hall on July 14 accompanied by the fabulous Don Hunt Orchestra and The Flamingo Showgirls. In town for their 15th Anniversary tour, Frank (David Alacey), Sammy (Des Coleman) and Dean (Paul Drakeley) will take audiences on a glamorous journey to the Las Vegas strip and the Sands Hotel where they will perform a catalogue of classic hits, including Mr Bojangles, My Way and Mack the Knife over the course of a fantastic two hour live set.

The Rat Pack is Back perfectly captures not only the music of the original legends, but also the comedy and personalities of the stars who once ruled the entertainment world of Las Vegas – a talent which was enjoyed by a 400 strong audience at last year’s performance.

Memories really are made of this: book early and enjoy a swinging evening courtesy of the Kings of Cool.

For more information on The Rat Pack is Back, future performances or events please visitwww.renfrewshire.gov.uk/events or follow us on Facebook www.facebook.com/renfrewshirearts