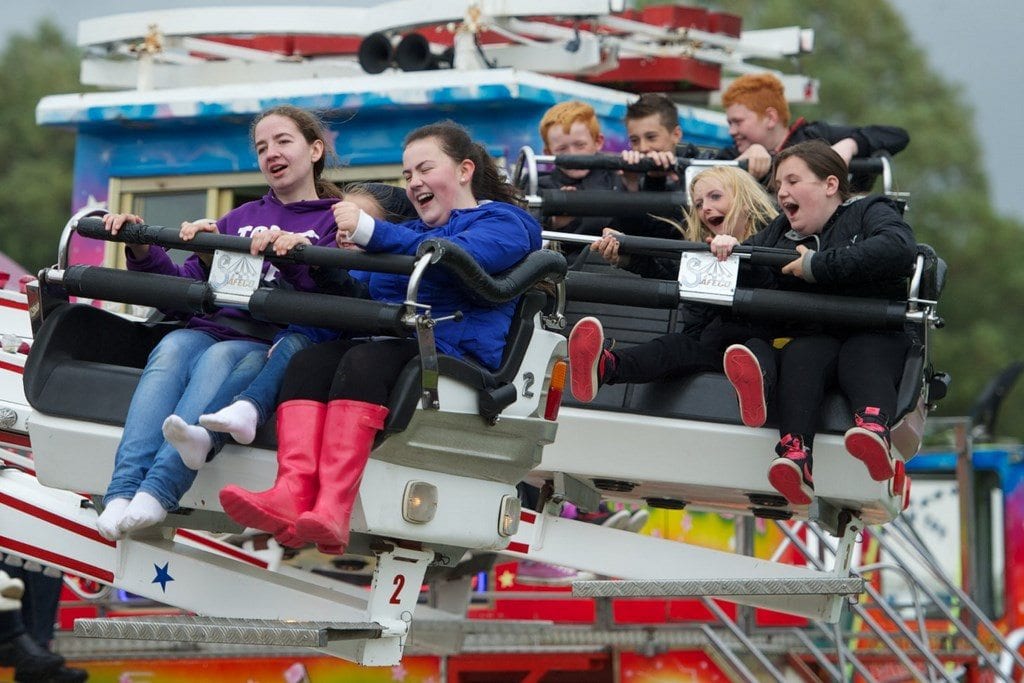 A big crowd braved an unseasonably cold and rainy day for the first big event in Renfrewshire’s summer calendar when Barshaw Gala Day took place at the weekend.

The popular annual council-run event offered up fun for all the family, with a wide range of activities on offer.

Main stage entertainment was provided by acts associated with the Erskine Music and Media Studio, who wowed the crowds with a range of musical styles.

Elsewhere in the park, more than 20 separate attractions offered something for young and old alike.

Established favourites like face painting, karaoke and children’s entertainers sat side by side with a falconry display and vintage fire engines.

Visitors were also able to take a wander through a selection of stalls, with a wide range of charities and community groups having a presence in the park on the day.

Animal-lovers had the chance to say goodbye to the park’s long-serving donkeys, Jenny and Angel, who are soon to retire to an animal sanctuary.

Visitors were able to suggest names for the park’s two replacement donkeys, set to arrive later this summer after improvement work to the paddock is complete.

Councillor Eddie Devine, Convener of Renfrewshire Council’s Environment Policy Board, said: “Barshaw Gala is always a crowd-pleaser and this year was no different.

“After last year’s centenary celebrations, Barshaw Park is now 101 years old. And I’m sure we can look forward to this popular annual event going from strength to strength for years to come.

“Events like this are all about community, and can only be successful if the community does its bit and gets involved.

“I would like to thank all the volunteers who played their part on the day, and those who helped organise and manage the event.

“I’d also like to thank everyone who braved the elements to come along and enjoy the day. Everyone I spoke to had a great time.”

Among those with a presence in the park on the day was the Friends of Barshaw Park Group – which is aiming to recruit local volunteers to help look after the park and plan how it could be used in the future.