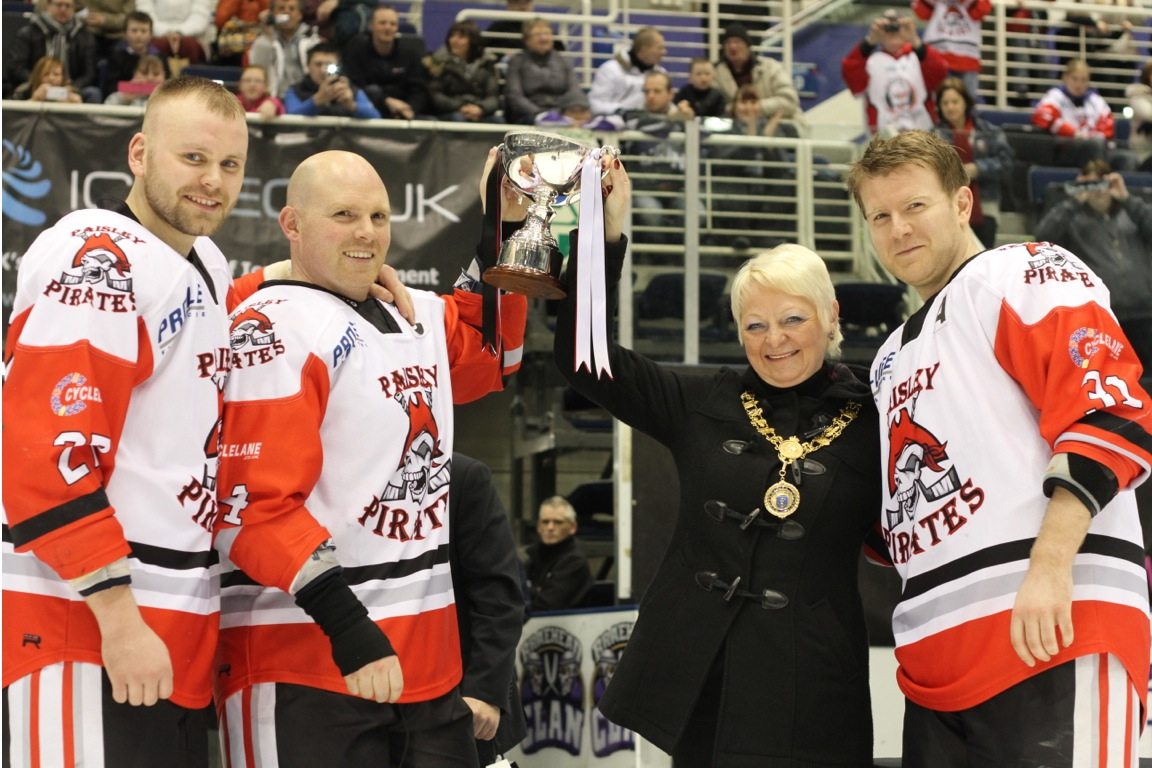 It’s been 20 years since the Pirates last won the league. In 3 seasons Coach Ian Turley has transformed a club that was left for dead by the previous management into Champions.

In the players and fans opinions this makes him a real local hero in their book. Here are some Paisley Photographs of the trophy being presented by Renfrewshire Provost Anne Hall. Team Captain John Churchill with Coach Ian Turley Jr
All images courtesy of paisleypirates.org please do not use the images without permission. Kind regards to Douglas Hepburn.