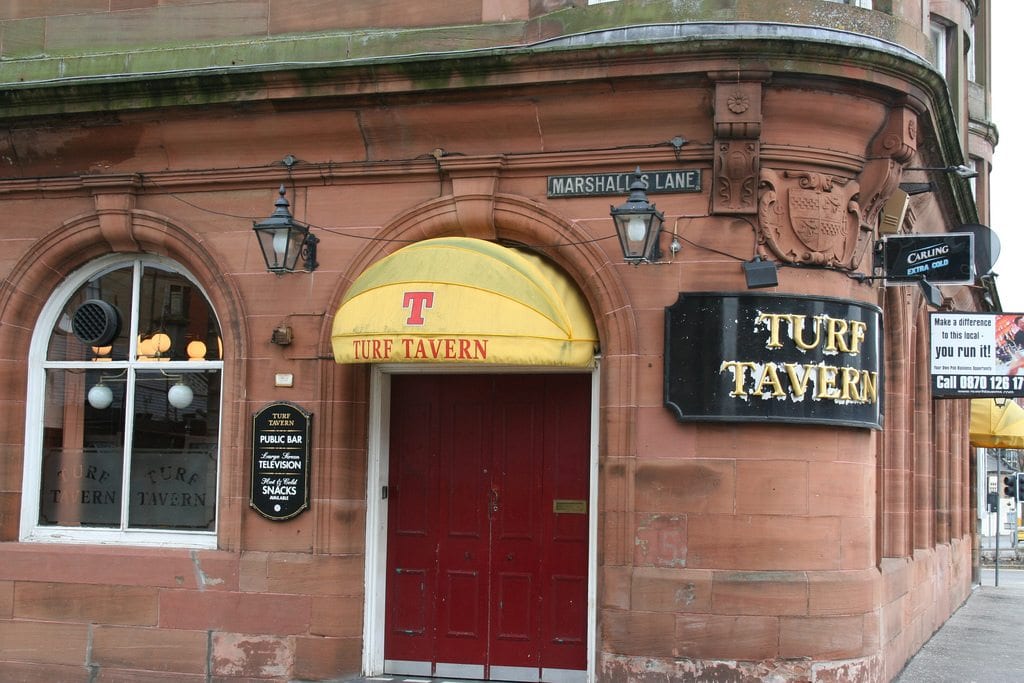 A Paisley town centre pub which had an alleged attempted murder take place outside its doors has had its licence revoked by Renfrewshire Licensing Board.

Councillors voted to impose the penalty on the Turf Tavern, Orchard Street, Paisley, after considering an application from police.

The pub is the first premises in the area to have its licence revoked for a breach of licensing objectives since the introduction of the Licensing (Scotland) Act 2005.

A report from Chief Superintendent Alan Speirs detailed a series of incidents involving violence or anti-social behaviour at the pub over the past 18 months.

One of these related to a man being found seriously injured outside the premises on Saturday 30 June this year. Four men have been charged with attempted murder in relation to this incident.

In his report to councillors, Chief Superintendent Speirs said: “It seems that management and staff have learned nothing from their suspension a year ago.

“The serious nature of the above incidents shows once again a complete lack of control of the patrons by staff and the lack of responsible management in relation to levels of violence, drunkenness and anti-social behaviour.”

Councillor Alexander Murrin, Convener of Renfrewshire Licensing Board, said: “The council has a legal responsibility to promote various licensing objectives, including the prevention of crime and disorder, and securing public safety.

“While the vast majority of the 400-plus licensed premises in Renfrewshire operate responsibly, we will take decisive action against those who do not.

“This pub had already been subject to a suspension but continued to be at the centre of incidents involving anti-social behaviour, which is why the board opted to withdraw the pub’s licence to operate.”

Other incidents detailed in the police report included the following:

– 7 July 2012: Police on a routine visit to the pub were accosted by a customer who repeatedly swore at them, and was arrested for a breach of the peace, leading officers to warn staff that the man should not have been served any more alcohol;

– 29 September 2011: A customer was left locked inside the pub after it closed, and was heard banging on the door by a member of the public. It took almost two hours before a keyholder turned up to release the man, who couldn’t call for help as he had no mobile phone and there was no landline in the pub.

The licence-holders have a 21-day period in which they can appeal the decision.