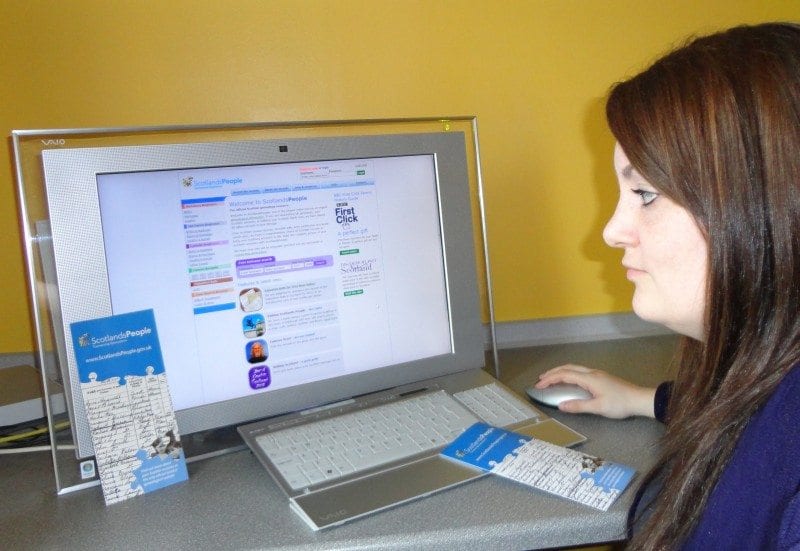 learn that she is a descendant of Scotland’s ‘Weaver Poet’.

Caroline Shelley, a scenic artist from Waterlooville, made the chance discovery through reading a

4xgreat grandmother was a Tannahill from Paisley. She then visited ScotlandsPeople on Twitter and

saw a tweet about the famous poet, who came a generation after Robert Burns.

“It was fate!” Caroline said. “I’d just learned that my Scottish ancestors were called Tannahill,

but I’d never heard of Robert Tannahill, so the surname didn’t mean anything to me. But then I

Robert, was the poet’s cousin. I’m thrilled – connecting the dots like this is amazing! I’m hoping

to visit Robert Tannahill’s cottage in Paisley on a future visit to Scotland.”

Dee Williams, Head of the ScotlandsPeople Centre, said: “We’re delighted that Caroline has made this

connection with such an important figure in Scottish history and literature. Caroline’s online

it’s great to know that these documents helped Caroline with her ancestral jigsaw.”

that she might be related to other famous poets. “I haven’t found a connection to Percy Bysshe

Shelley yet”, Caroline said, “but would love to be related to both poets!”