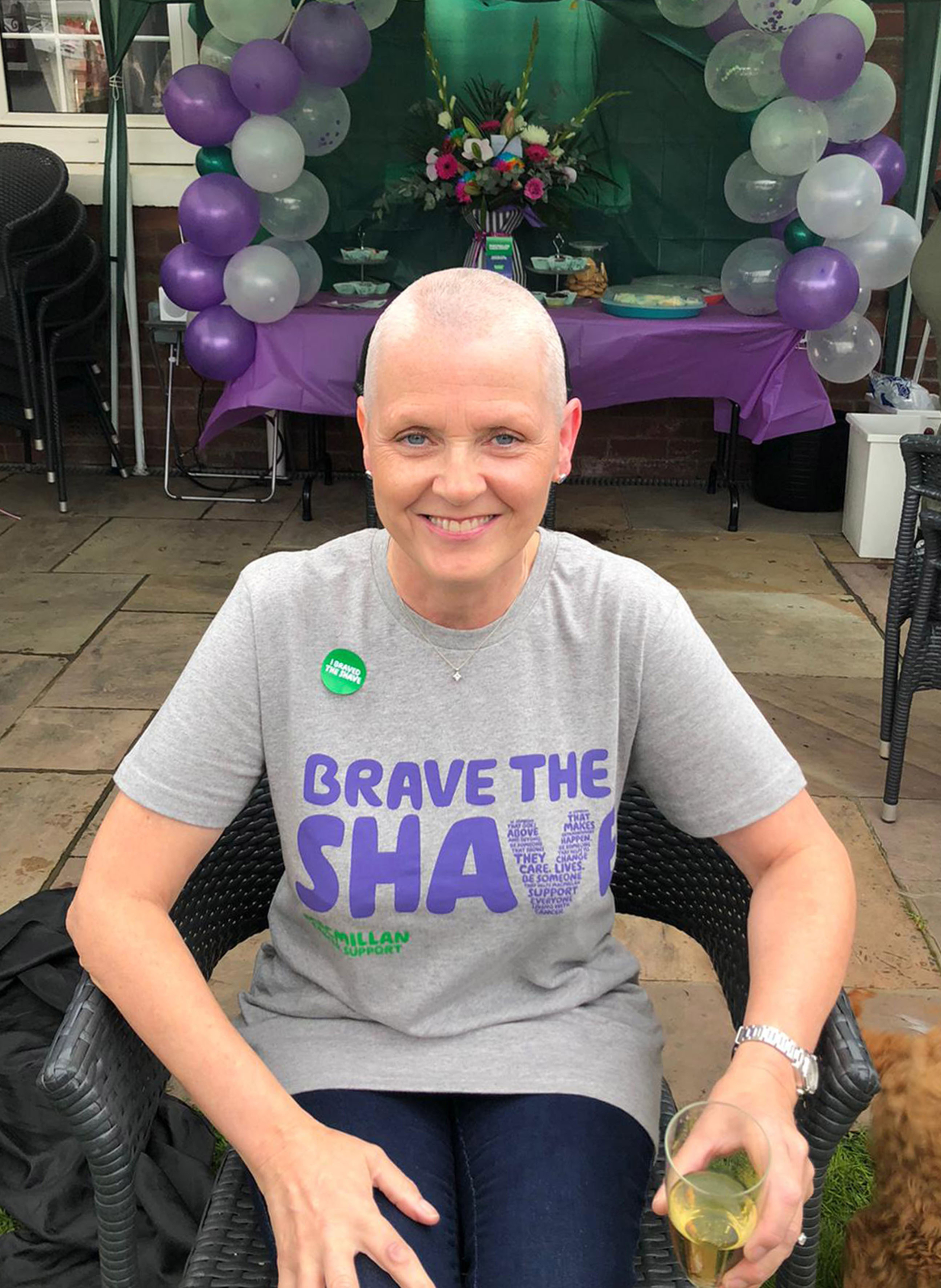 A BRAVE gran celebrated her 56th birthday by having her head shaved for a cancer charity.

She decided to have her blonde shoulder-length locks shaved to raise money after her own mother, Violet McCall had to have her hair shaved as she battled lung cancer with gruelling sessions of chemotherapy and radiotherapy. Sadly, Violet died from the disease and cancer also took her dad James’s life.

Wilma – whose hairdresser sister-in law, Pauline Dailey took an electric shaver to her head as she sat in the garden of her Renfrew home, on Saturday, September 5 – explains:

“I got the idea to have a sponsored head shave as I remember my mum shaving her head shortly after she started her cancer treatment and her hair began to fall out.

“And afterwards people were saying I look just like my mum when she lost all her hair.

“I’d wanted to raise money for Macmillan Cancer Support for some time as they do a phenomenal job helping people affected with cancer.

“I’d been toying with the idea of having my head shaved for about a year. What pushed me to finally do it was when one of my friends took part in Brave The Shave.”

Wilma continued: “I was sitting in my garden when Pauline turned on the electric shaver and I felt the hair falling off my head, I thought there’s no turning back now.

“I felt excited, because it was actually happening and the money on my donation page for Macmillan Cancer Support kept rising. It felt surreal.

“It doesn’t bother me that I’ve got no hair just now because having my head shaved was something I decided to do and thankfully I didn’t have to do it because I wasn’t going through treatment for cancer. Anyway, my hair will soon grow back in.”

Wilma had set a fundraising target of £750 and has been overwhelmed by the generosity of people who have donated.

“The support I’ve had is amazing and people I don’t even know have been handing in money. I can’t thank them enough.”

Wilma’s daughter, Jen works in the business support team at intu Braehead where colleagues there have been generous with their donations.

Jen said: “My mum is the most selfless person I know and I feel so lucky to have her. I’m so proud of her for what she has done. She has a heart of gold and is absolutely beautiful inside and out.

“Macmillan Cancer Support provides vital support to people living with cancer, whether it’s financial, physical, or emotional. All the money my mum has raised will be donated to them as they are a really great cause.”

https://bravetheshave.macmillan.org.uk/shavers/wilma-daley to make a donation.